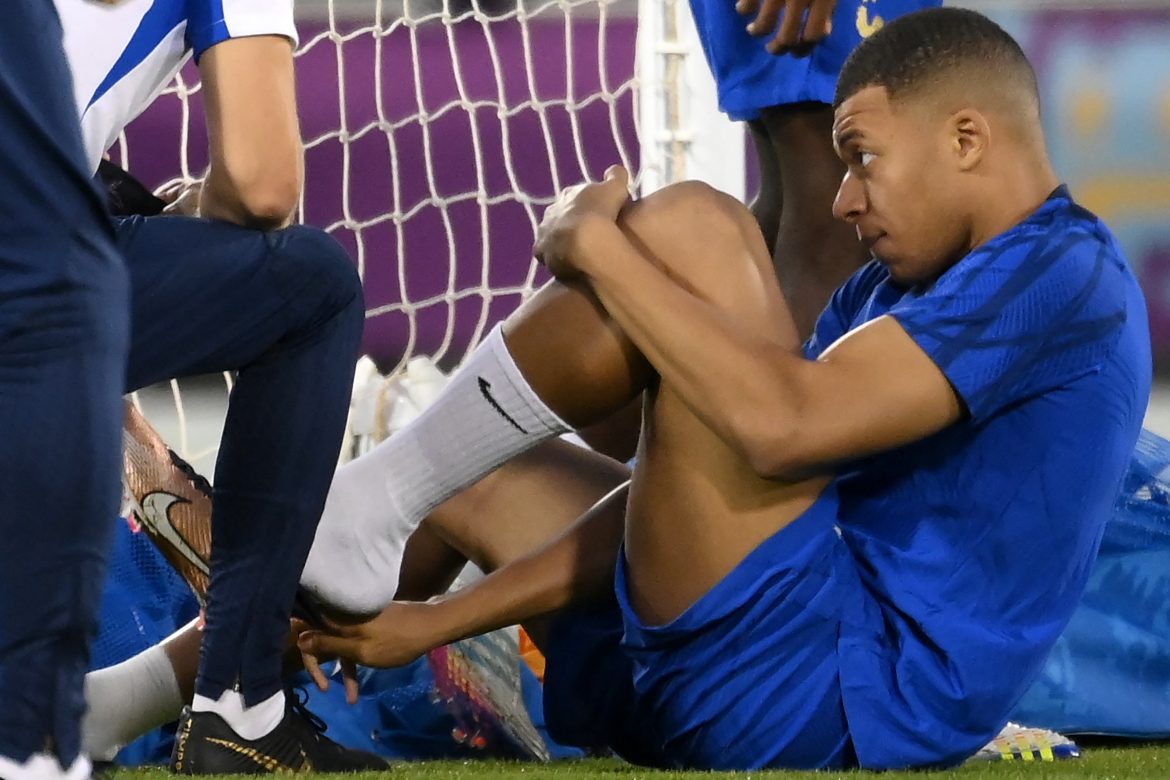 As reported by L’Équipe this afternoon, Kylian Mbappé was wearing a bandage around his left ankle during France’s training session today, in what appears to be the result of pains which had also emerged in the win against Denmark.

The issue is said to stem from a knock he took while playing for Paris Saint-Germain, which is ostensibly resurfacing from time to time. He was nevertheless able to complete the training session in its entirety.

The forward, who has three goals already at this year’s World Cup, is expected to start again tomorrow afternoon, amid a number of changes to Didier Deschamps’ starting lineup. Mbappé will partner Marcus Thuram and Kingsley Coman in attack, as he looks to add to his seven goals so far across the two tournaments he has played in.

There were no absences in today’s training session, with Alphonse Areola returning from the lower back pains he was suffering from yesterday, while both Lucas Hernandez and Karim Benzema are out for the remainder of the tournament.