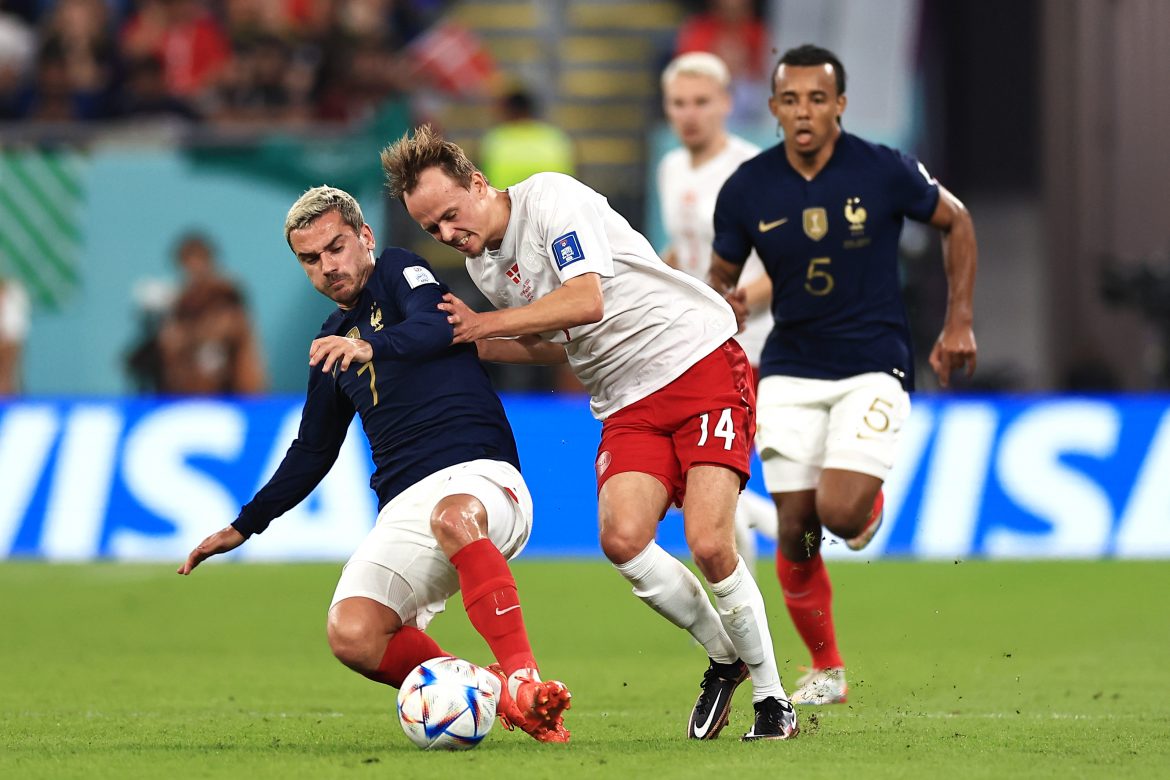 While all the glory will rightfully go to Mbappé for France’s 2-1 victory over Denmark, the France midfield was a force. The trio of Griezmann, Tchouaméni and Rabiot have been exactly what is needed to fill the void left by injuries to Paul Pogba and N’Golo Kanté.

The midfield seems to have found balance between the back line and the attacking power of France, an area of concern during the Nations League. Individually, everyone is getting the job done. Against Denmark, Juventus’ midfielder, Adrien Rabiot, did not put together the attacking performance he had in the first match, but he did the dirty work of disrupting play and covering space. He was also solid on the ball, but the final third was very compact making it difficult for anyone to play through.

Tchouaméni put together another very solid performance. While the Real Madrid man did not have any highlight moments, he was very efficient with the ball and worked until the whistle blew on defending. Tchouaméni will be a player to watch by the knockout stage.

Griezmann has found form in the France midfield. He made several linking passes that stretched the Denmark defense all while dropping back to assist the defense. Griezmann has had a rough patch with France. The Atlético star has not scored in ten international games. Seeing Griezmann finding ways to be effective outside of putting the ball in the back of the net is what you want to see from a World Cup veteran.

This is not the French team from Russia. However, they seem to have everything they need to make a solid run at putting a third star on their shirt.