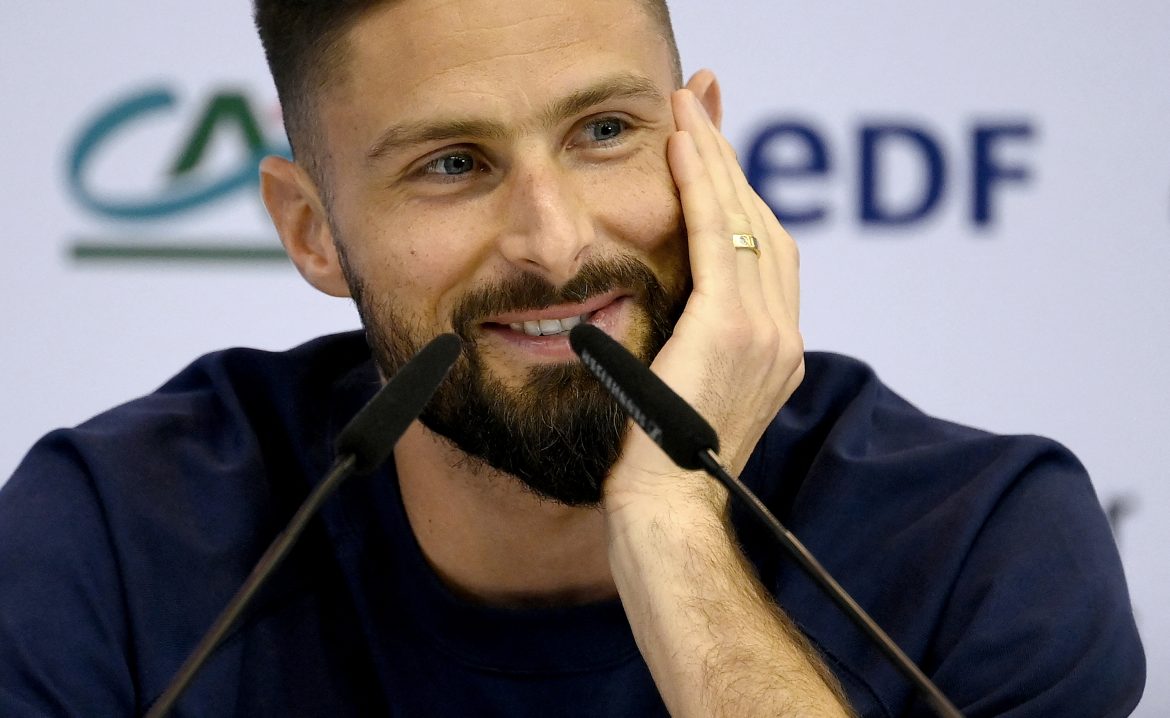 France striker Olivier Giroud was the one to face the press at the team’s daily press conference this afternoon, and was in particular asked about the prospect of facing England in the quarter-finals on Saturday afternoon.

The former Arsenal and Chelsea man pointed out that he was well-acquainted with many members of the team Les Bleus are set to face, from his decade in the Premier League.

His words transcribed by RMC, the Milan forward, now France’s all-time record goalscorer since Sunday, notably reacted to coming up against John Stones and Harry Maguire as the defenders tasked with keeping him at bay:

“It’ll be tough, physical and intense. They’re guys against whom I’ve played a lot of matches, sometimes I won, sometimes I lost. We know each other well, it’ll be all about the details. It won’t just be me against them, but a France bloc that will have to be united and alert at all times. We can’t leave any crumbs to their forwards. I can’t wait to play against them and to rediscover this England team. It’ll be a great match to watch for you, that’s the most important thing along with winning.”

Giroud also added that he believed England’s danger came from the wings, but that they were strong in every department. He concluded that Les Bleus would be able to strike on the flanks as well, but that they also need to watch out for England’s ability on set-pieces and their players’ ability in the air.