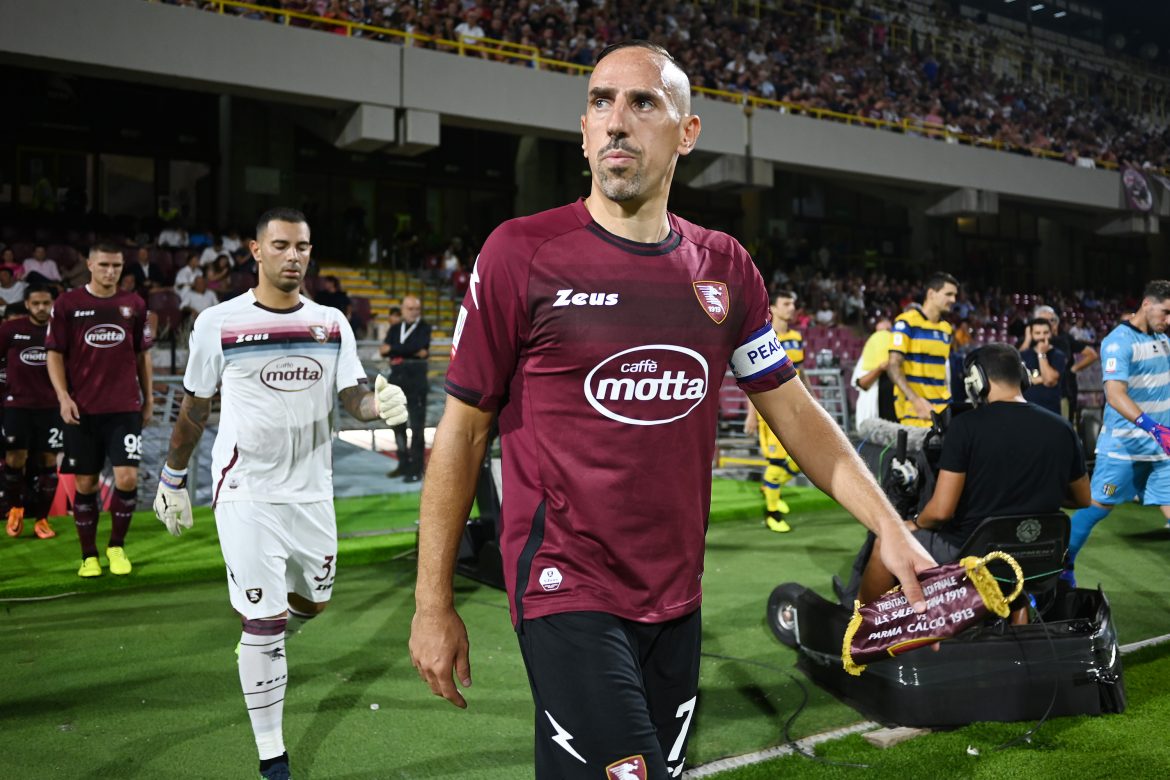 L’Équipe report this morning that French winger Franck Ribéry is set to announce his retirement, having been out of action for Salernitana since mid-August as his knees have continued to give in.

The Bayern Munich legend will have played his final minutes in professional football in a second-half cameo in his team’s opening-day loss to Roma, after wearing the captain’s armband in the Coppa Italia defeat to Parma before that.

The former Marseille man and World Cup runner-up had intended to play past his 40 years – which he is reaching next April – but cartilage issues and growing pains in his knees have scuppered those plans and forced him to call an end to his storied career.

Ribéry will remain an ambassador for Salernitana until the end of the season. He joined the Campania team from Fiorentina last season and helped them to an unlikely survival campaign from the brink, registering three assists in 23 appearances.