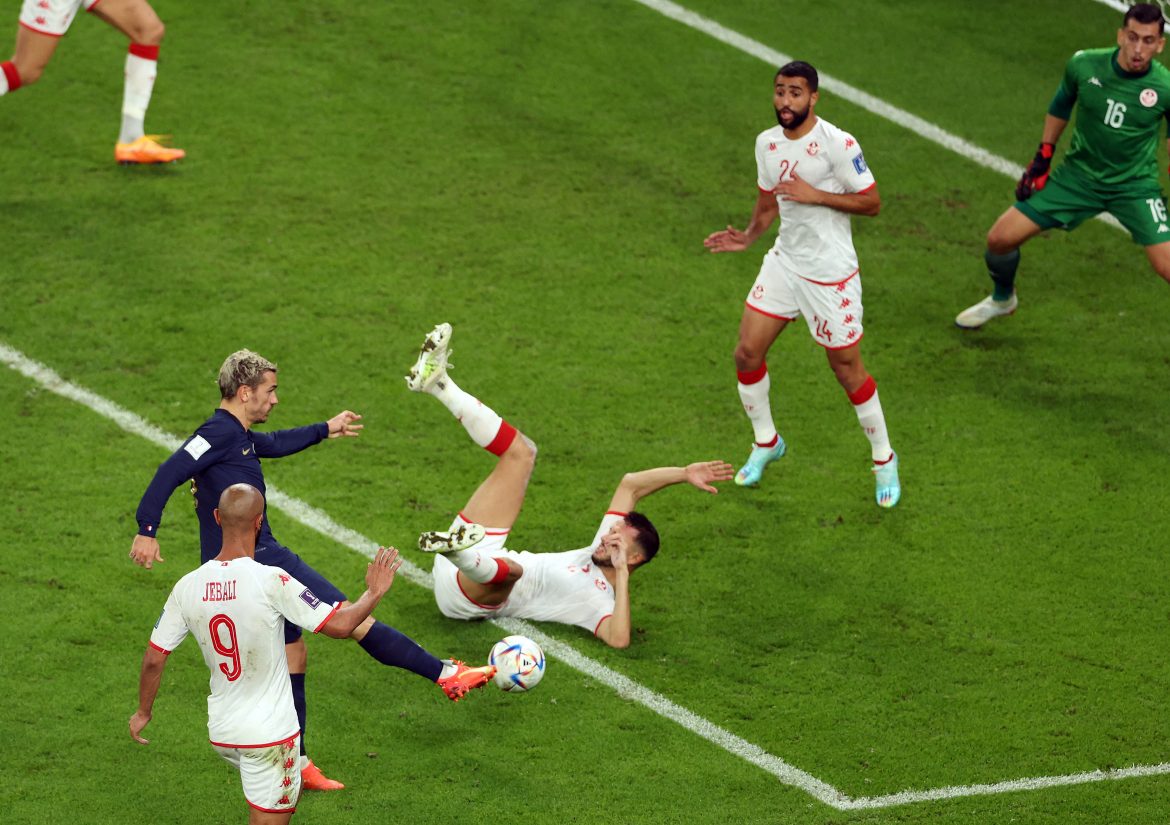 Le Parisien report tonight that the FFF have asked FIFA for an explanation regarding Antoine Griezmann’s disallowed goal at the end of France’s loss against Tunisia this afternoon, for the final match of their group stage campaign.

The Atlético Madrid man, who came on as a substitute in the final 20 minutes, fired in what he thought to be a late equaliser after a revamped French team struggled to contend with a Tunisia side with everything to play for.

However, to the confusion of Les Bleus, their manager, and even the French broadcaster, the goal was then ruled out for offside, several minutes after the final whistle, and after the Tunisians had already been told to go ahead with kick-off after the strike.

The IFAB, the authority in which dictates the laws of the game, indicates that a VAR check over a goal cannot take place after play has resumed. As a result, the FFF have called on FIFA to provide clarification on the decision. In any case, Les Bleus have finished top of their group and will face Poland in the last 16.