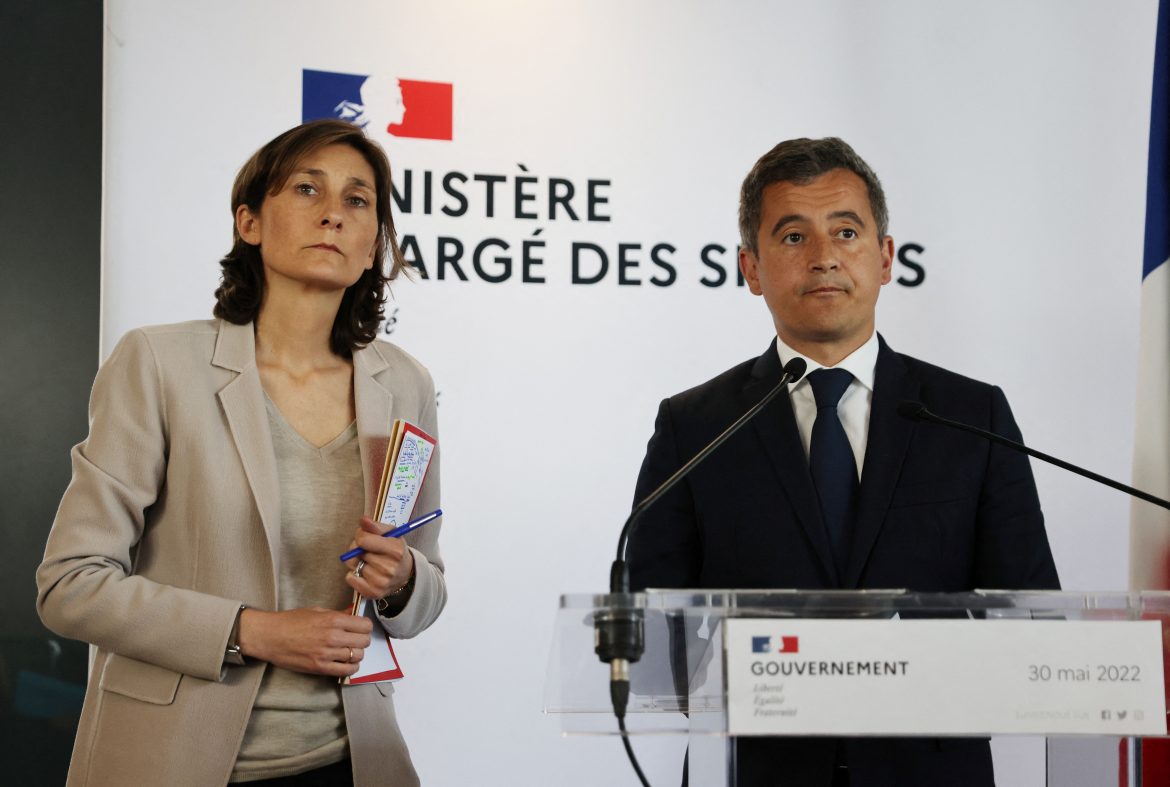 Minister of Sport Amélie Oudéa-Castéra and Minister of the Interior Gérald Darmanin are set for a hearing at the French Senate, over the events that unfolded outside the Stade de France on Saturday before the Champions League final.

The date has not been set as of yet, but the hearing will take place this week and be broadcast on the Senate’s website and be open to the press.

The ministers, who held a press conference earlier this afternoon justifying the police’s actions and pointing the finger at ticketless Liverpool fans, will be heard by the commissions for laws and for culture.

The press release laments the image that the chaotic events gave of the country and expresses worries over its ability to organise major sporting events in the future. France will host the Rugby World Cup next year and the Olympic Games in 2024.

The presidents of the two commissions, François-Noël Buffet and Laurent Lafon, explain that “it is important that all of the lessons from this evening are learnt quickly to reassure people on the Stade de France’s capacity to host big events”.