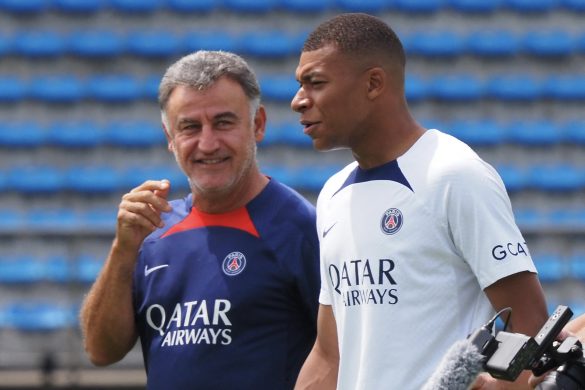 According to RMC Sport France’s Prime minister Elizabeth Borne has called on Ligue 1 players to ‘become fully conscious’ of the climate crisis after Christophe Galtier and Kylian Mbappé comments unleashed a storm about Paris Saint-Germain’s use of a private jet to Nantes.

“I think it’s important that they realise what kind of world we’re in, that they become aware that there is a climate crisis that is no longer a hypothesis for tomorrow but is a reality now”

This comes after Sports minister Amélie Oudéa-Castéra met with Paris Saint-Germain officials today for ‘constructive’ talks on its engagements and ambitions for ecological transition.

In his press conference yesterday afternoon ahead of Paris Saint-Germain’s Champions League opener against Juventus tomorrow night, manager Christophe Galtier was asked about the squad’s use of a private jet.