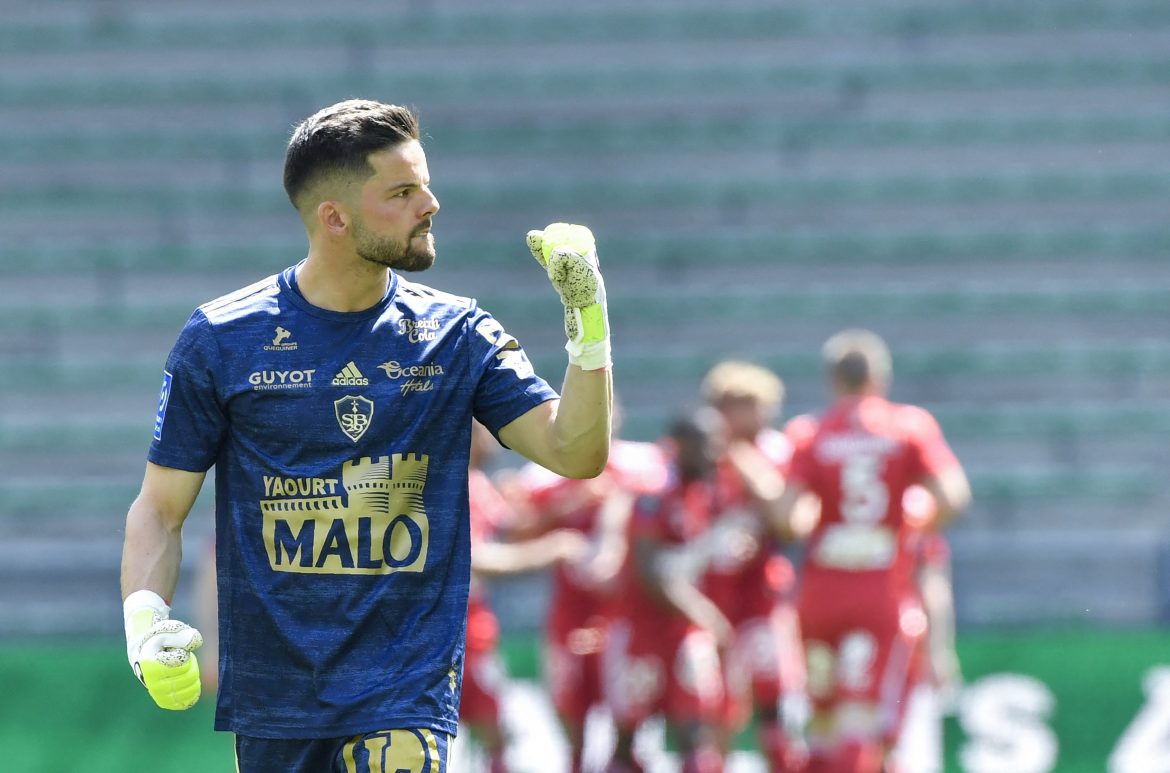 According to Loïc Tanzi, Valenciennes may have finally been successful in their search for a goalkeeper, following the end of Lucas Chevalier’s (20) loan from northern neighbours Lille. In his place, they are set to sign Brest’s second-choice goalkeeper Gautier Larsonneur (25). The northern side, whose Stade du Hainaut hosted games for the 2019 Women’s World Cup, are reported to also have been in negotiations for Rodez’s Lionel Mpasi-Nzau (27), who featured heavily for the Ligue 2 side last season.

The 25-year-old Larsonneur was formerly Brest’s first-choice keeper for a number of seasons, featuring significantly in their promotion from Ligue 2 in the 2018/19 season. He then made 62 league appearances over the course of Brest’s first two top-flight seasons, before being replaced by Dutch keeper Marco Bizot (30), who arrived last summer. This season, Larsonneur only appeared in the Coupe de France, being left out entirely of the Breton side’s league campaign. The French keeper will undoubtedly bring his experience of the top flight to second-tier Valenciennes next season.