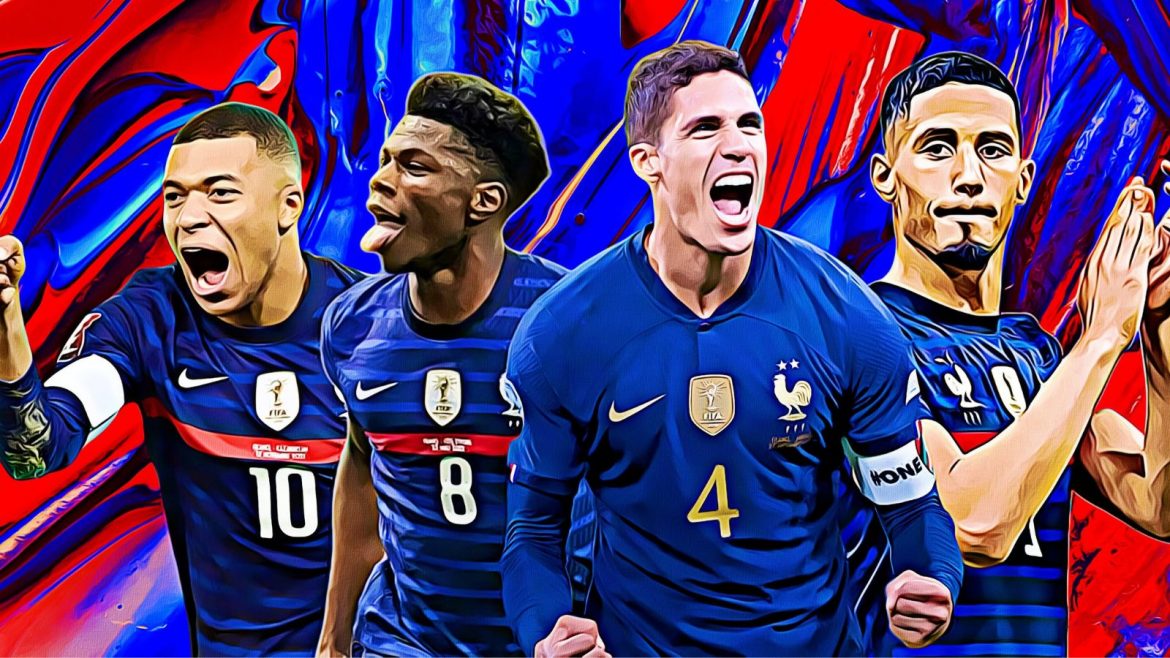 Raphaël Jucobin: “The path leading to Les Bleus’ World Cup title defence could not have been paved with more obstacles – from off-pitch controversies to a myriad of major injury absences, the stage is set for another French implosion. Didier Deschamps’ time in charge is winding down and the last few years’ performances have very much been showing that, not least with the mainstays of his decade-long tenure starting to move on. His latest change in formation to a four-man defence throws the team into further turmoil. Expect the holders to maybe scrape into second place in the group, possibly falling to a Denmark side who very much have their number.”

Adam White: “Didier Deschamps’ preparation for this tournament is one of an unsure, even paranoid, coach. His late switch in formation at the last minute back to the asymmetrical 4-2-3-1 of 2018, despite spending the last couple of years trying to perfect the use of wing-backs, suggests he has little idea what his best team is or how to use his squad. The lack of a successor to Blaise Matuidi to perform the shuttling role on the left is a real concern. A series of bizarre squad decisions in first naming a 25-man squad before adding Marcus Thuram later on, not calling up Jonathan Clauss, not picked a replacement for Karim Benzema and seemingly breaking one of his own cardinal rules on picking left-footed centre-backs all suggest a lack of an overall plan too as Deschamps reacts slowly and clunkily to changing circumstances. In fairness to Deschamps, however, a series of injuries which could rob him of at least five starters and the bizarre scandal involving Paul Pogba and Kylian Mbappé have made his job difficult in the build-up but, nevertheless, France enter the tournament with a lack of confidence and certainty, on and off the pitch – a 2010 or 2002 style implosion seems very possible.”

Tony DesRois: “France’s Qatar campaign has been plagued with injuries, drama and setbacks. I myself was unworried, even after hearing that Pogba was doubtful. That was until it was announced that France would be making the trip without the beating heart of the team, N’Golo Kanté. I calmed my reservations about the pending doom once I considered the depth of talent and the emergence of Aurélien Tchouaméni in the midfield. Those feelings of gloom quickly returned after seeing Didier Deschamps’ final “25ish” man selection. I can not help but feel like not selecting Jonathan Clauss will come back to haunt France. Regardless if he was to be a starter or a secondary option for specific defenses or not, he was certainly worth the roster spot. Things only got worse for me when I saw that Deschamps would deploy the “Christmas tree” 4-2-3-1 formation with Adrien Rabiot at the hybrid wing position. While Rabiot is a fine footballer, he simply does not have the same qualities to match what Blaise Matuidi did in the last World Cup. To me, this is more of a move to find comfort after failure. A reaction by Deschamps to go back to what he has had success with in the past. The most I can hope for is that France see themselves as a defensive team and live and die with the counterattack.”

Hervé Renard on taking down Argentina: “This result will go down in the history of the World Cup and of Saudi Arabia forever.”