Giroud the great! Will evergreen striker pass Henry in Qatar? 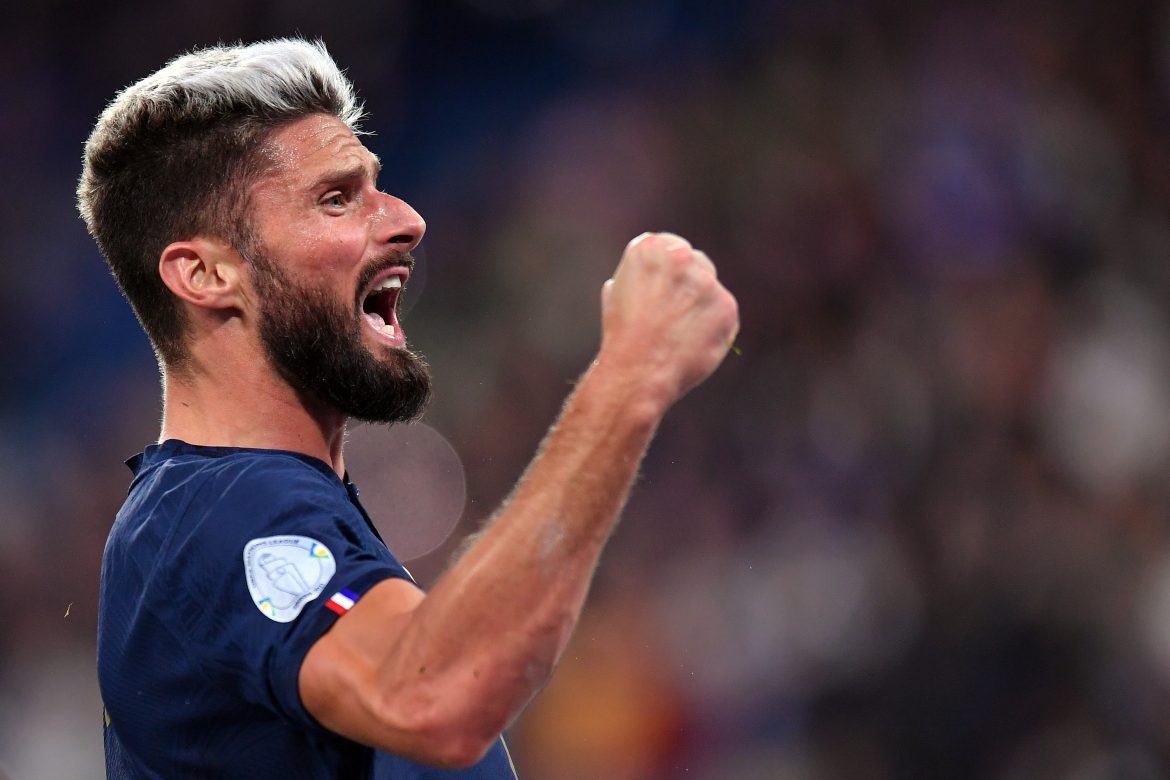 History will be made at the 2022 World Cup finals when FIFA’s flagship event heads to the Middle East for the first time. Plenty more records promise to be broken along the way in Qatar as the greats of a global game rub shoulders in the heat of competitive battle.

With a collection of all-time greats and generational talents gracing the sport’s grandest stage, the expectation is that cream will rise to the top and that the exploits of those well-versed in the demands of trophy-collecting will ultimately prevail when the most prestigious of prizes are handed out.

France got their hands on gold medals in 2018, adding a second triumph to their collective roll of honour, and World Cup 2022 winner betting has them at 6/1 to successfully defend that crown four years on.

Didier Deschamps is once again the man charged with the task of piecing together a winning formula, with a world champion in playing and coaching capacities looking to become just the second man after Italy legend Vittorio Pozzo to lift the World Cup on two occasions as a manager.

Many FIFA World Cup predictions are weighted in favour of Les Bleus, with it impossible to ignore the enviable talent and depth within their ranks. He has enough firepower at his disposal to make that a distinct possibility, with any side harbouring ambitions of going all the way in Qatar likely to have to go through France at some stage to get their hands on a famous trophy.

The likelihood is that the French attack which opens another quest for global glory against Australia will be the same as the one which finished the last on a rain-soaked evening against Croatia at the Luzhniki Stadium.

If that is to be the case, then Olivier Giroud will once again be asked to lead the line. He has proven adept at doing just that throughout a 114-cap international career, while the evergreen frontman remains a reliable source of goals at the club level and became a Serie A title winner with AC Milan in 2021-22.

Giroud famously failed to fire a shot on target during France’s memorable run on Russian soil, with others stepping in to provide the ammunition that a towering No.9 was lacking. His game has, however, always been about much more than the end product.

That remains the case to this day, especially in the French fold, but he stands on the brink of becoming a history-making goalscorer. Few could have predicted that such a scenario would present itself, with an international debut only made in 2011, but Giroud has already passed the likes of David Trezeguet and Michel Platini on a notable list.

He is now just two efforts away from matching Thierry Henry’s record haul of 51 for France, despite taking in fewer outings than the 1998 World Cup winner, and will believe that he can pass the former Arsenal and Barcelona icon before bidding farewell to Qatar. If he does, then his own standing among the greats will have been secured.