Grace Geyoro: “It was a great night for us all” 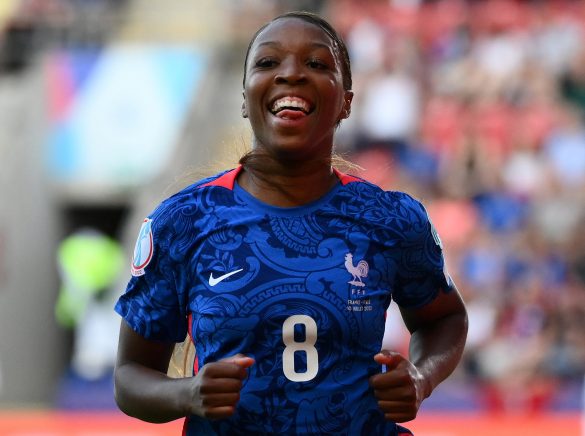 Following France’s deeply impressive performance against Italy this evening in their first game of Euro 2022, which resulted in a 5-1 victory, Grace Geyoro (25), having registered the first ever first-half hat-trick at the competition, spoke to broadcasters TF1, with her words transcribed by RMC Sport. All five of France’s goals came in the first half, breaking the record for the number of goals scored in the first half of a Women’s Euros game. The 25-year-old left the pitch at Rotherham after 67 minutes.

“I only remember positive things, we tried to play our game, we started the match really well, we made chances for ourselves and we were clinical, especially. Personally, I was a bit injured in the build-up, but I gradually felt better and today I was able to take my chances. It’s a pleasure to be decisive, to score but also to enjoy it with the team. It was a great night for us all.”