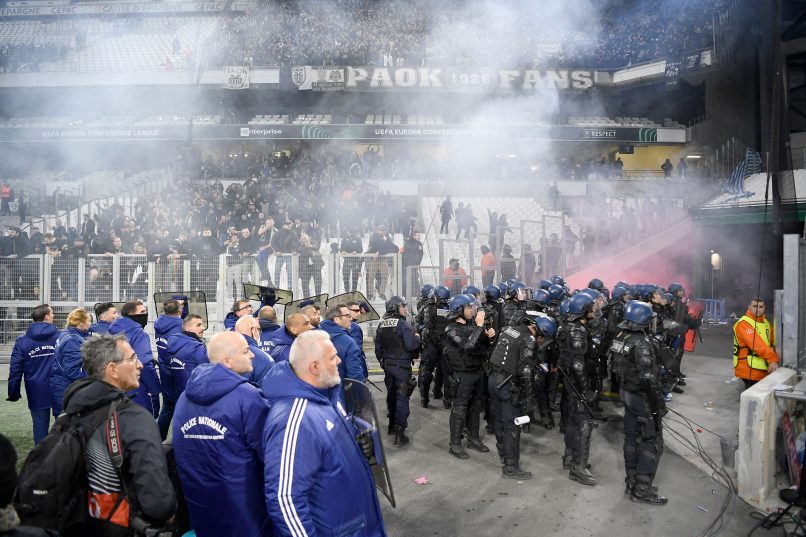 Ahead of Marseille’s second leg of the Europa Conference League quarter-final on Thursday night away at PAOK, Greek authorities have requested today that UEFA ban the French supporters from making the journey to Thessaloniki, report L’Équipe.

“The General Direction of the Thessaloniki police have submitted a written request to the relevant authorities for the banning of organised and individual travel of Marseille supporters for the match against PAOK at the Toumba Stadium,” read a statement from the Greek Minister of Civilian Protection.

This is the result of crowd trouble which occurred yet again at the Stade Vélodrome during the home fixture, which Marseille won 2-1 last Thursday. Incidents also occurred around the ground, as well as in the city of Marseille.