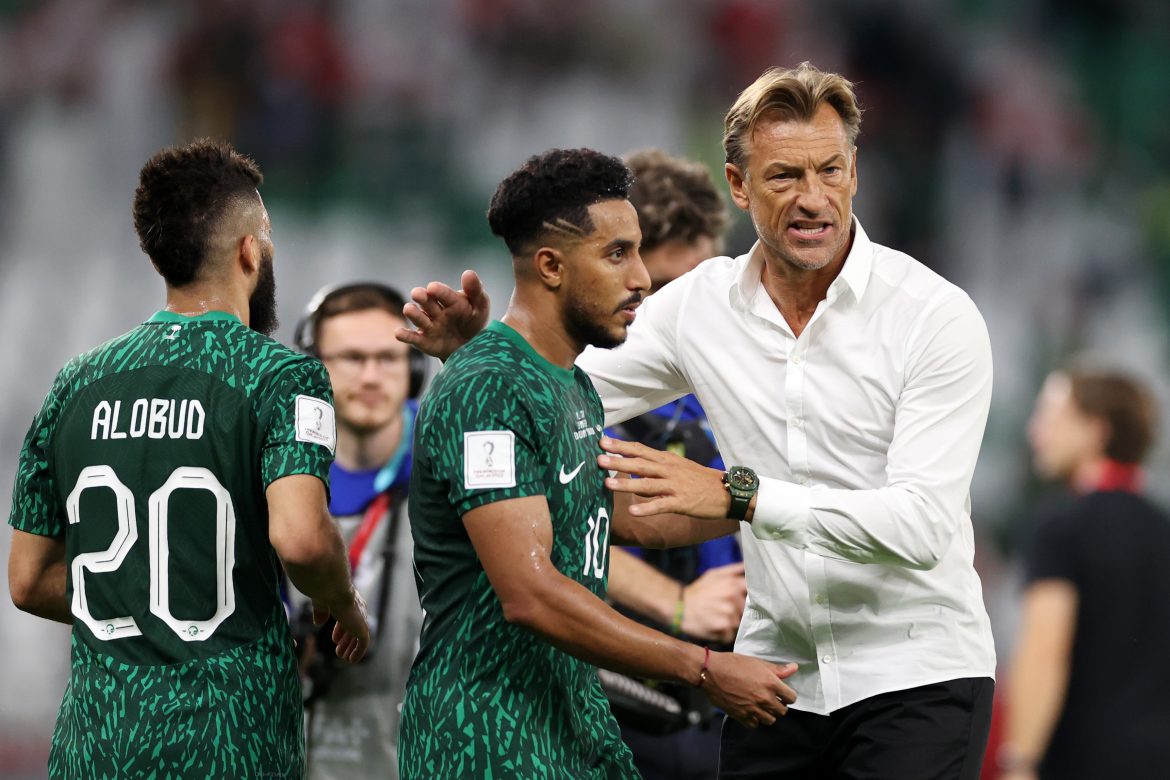 Saudi Arabia manager Hervé Renard spoke following his side’s 2-0 loss against Poland, and whilst was disappointed with the final result he affirmed that Saudi Arabia are still in with a chance of qualifying.

Speaking to BeIN Sport directly after the match, Renard said that he was proud of his player’s performance against Poland, and that the possibility of qualification still exists. Whilst his side played well in their second group game, Renard was disappointed with a “lack of effectiveness” yet was optimistic about his side’s chances of qualification, saying “Don’t forget we’re not dead yet“.

Argentina still have to play Mexico this evening, and if results go the way of Suadi Arabia – they could be in with a chance of qualifying for the knockout rounds of the Wolrd Cup in the final group game. Renard led his side to shock 2-1 Argentina in their opening match, despite being led at half time after Paris Saint-Germain’s Lionel Messi scored a penalty in the first 10 minutes of the game.