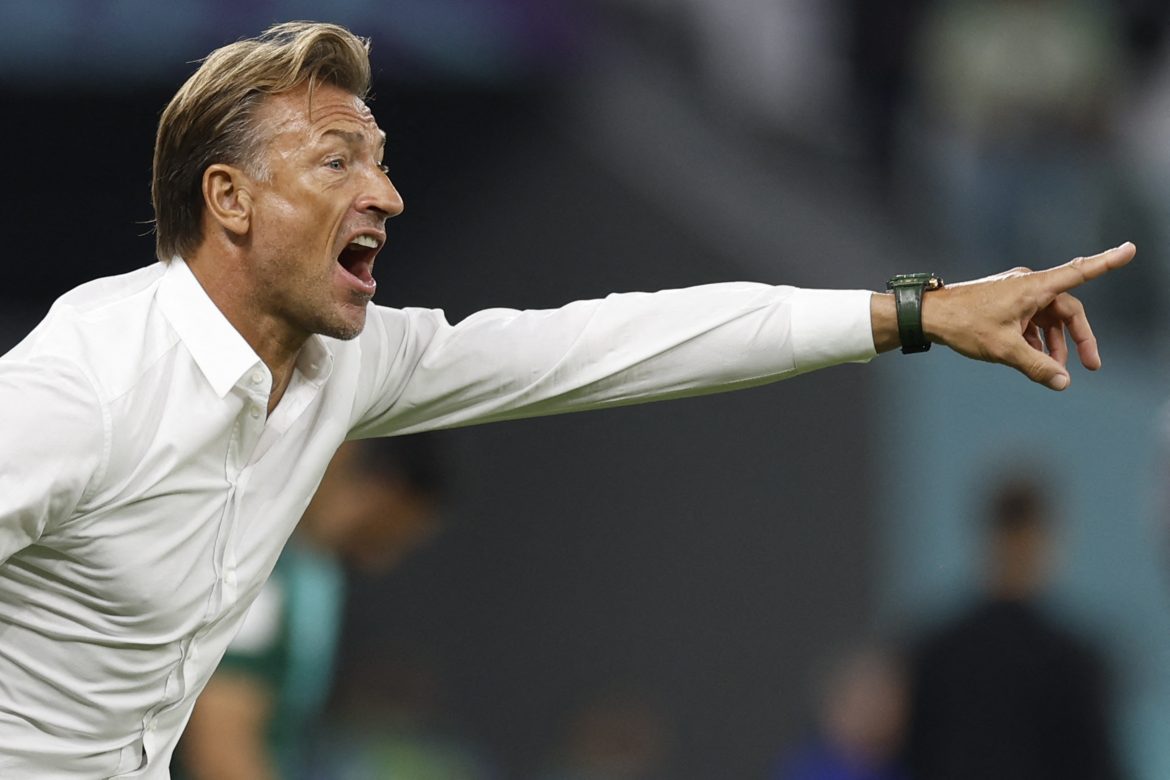 Interviewed on BeIN Sport this morning in the build up to Saudi Arabia’s second group match against Poland, manager Hervé Renard was shown a video recorded message from his Polish-born mother during which she wished her son  and his team the best of luck for the match, despite being of Polish origin.

The 81 year-old’s message was broadcast by BeIN Sports in front of the French Saudi Arabia manager in which she said that she would like “my son to win with all my heart”. Renard’s response was one of great emotion, saying that his mother is a reflection of his own character in the dressing room – referring to her hard-working character and some hard times during which she worked two or three jobs ‘every week‘.

The architect behind Saudi Arabia’s historic win over Argentina (2-1) was in tears by the end of his reaction, thanking his mother for instilling the values in him which have given him great success as a manager.