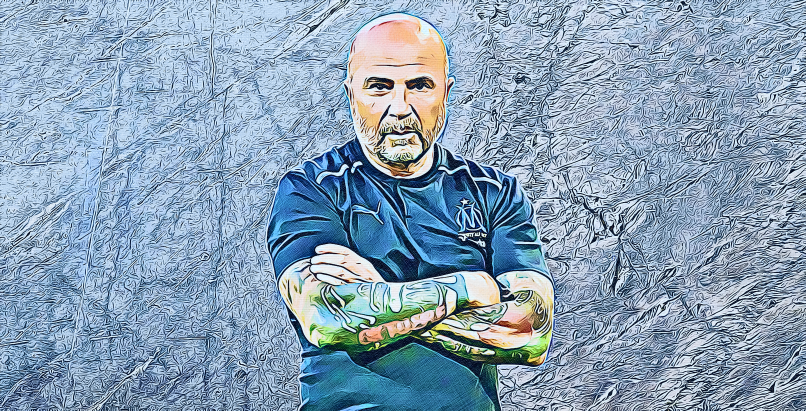 Since Didier Deschamps left Marseille in 2012 after a three year spell that included the 2009/10 Ligue 1 title, only Rudi Garcia has lasted longer than 18 months as OM coach. André Villas-Boas is the next longest serving manager since Deschamps and his spell included five months without a game due to the pandemic.

In that time, Marseille coaches have often followed a familiar pattern of initial promise which quickly fades amid a toxic atmosphere and unrealistic expectations, usually amped up by a poor run of form. Eventually, the club implodes under the pressure it exerts upon itself from all sides.

Jorge Sampaoli recently passed his first anniversary as OM coach and the pressure is starting to build right on cue. However, after years of waiting through failed coaching appointments, Sampaoli represents a real chance for Marseille fans and hiercahy to finally get the team and style they want. All they need to do is leave him to it.

Sampaoil is often accused of over complicating tactics and constantly changing plans, by players and club president Pablo Longoria as well as fans. But, considering this season’s high watermarks such a the controlling win at Lens or the riotous gung-ho rout of Angers, that seems like an odd criticism given the uninspired and functional football under previous coaches which often relied on Florian Thauvin’s magic.

Missteps, like the dire recent home defeat to Monaco, are to be expected given Sampaoli’s mad-scientist approach – especially after just one year in the job which hasn’t yet included a full season. While his belligerence and passion make him a perfect fit for OM, Sampaoli has proven he’s capable of giving the the club what it so desperately desires – an attacking, tactically nuanced, spirited team capable of out-outmanoeuvring strong opponents.

Manchester City finished third and 15 points adrift in Pep Guardiola’s first campaign. The end of next season is the time to judge Sampaoli. With his squad still taking shape and his complicated, modern ideas still taking hold, the Argentine coach still has the best points per game (1.85) of any Marseille coach since the mid-nineties, making questions over his future, in any rational terms, utterly preposterous. This is OM’s best chance at real success in a decade. If things fall apart again, they’ll only have their own paranoia to blame.