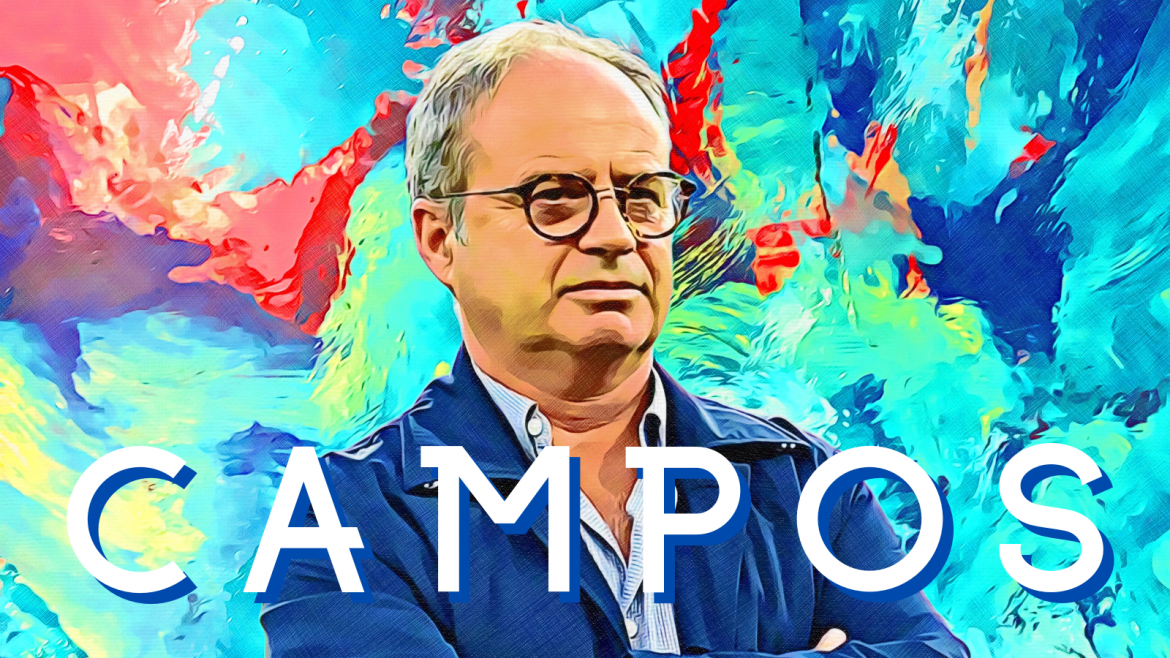 As he’ll tell you, Luis Campos has a very specific skillset. “I’m completely in love with signing players for between €0m to €3m or €3m to €6m,” the Portuguese Sporting Director explained in 2020. “Players who, with the team that I have, will be worth much more in the future.”

That eye has made Campos football’s best pound-for-pound sporting director. However, unlike those in the game’s other roles, the best directors of football – especially of Campos ilk, are unlikely to be, by their very nature, suited to the sport’s elite. Having been appointed PSG’s new ‘Football Adviser’, effectively the club’s new ideological spearhead – laborious players sales will fall to others, Campos is out of place.

Other than frees, Paris rarely sign players for less than €6m. Juan Bernat’s 2018 arrival from Bayern Munich, hardly a Campos-type move, is the only meaningful example since summer 2012, the start of the QSI reign. Given the number of big money disappointments in that time, such as Mauro Icardi, Thilo Kehrer, Gonçalo Guedes and Grzegorz Krychowiak, perhaps PSG could have been more prudent in hindsight. Nevertheless, their designs on European domination mean Paris aren’t in the business of quietly developing the type of niche talents Campos specialises in unearthing.

Even if they were, many of Campos’ best left-field signings, even at their eventual peaks, wouldn’t threaten the current PSG starting eleven with Benardo Silva (who still cost €15m), Fabinho and maybe Victor Osimhen being notable exceptions. However, three major hits from dozens of signings across seven years (Campos’ combined stay with Monaco and Lille) wouldn’t be sustainable for PSG, who don’t have the opportunity to play trial and error with a stream of such players, most of whom wouldn’t work out or would plateau below the required level.

Had Fabinho, for example, signed for PSG rather than Monaco in 2013, a right-back at the time, his development would have been very different – the player Liverpool fans enjoy today probably wouldn’t exist, whether Campos had been in charge or not.

Lille’s Zeki Çelik is the archetypal Campos signing. Signed from unfashionable Turkish club Istanbulspor for €3m in 2018 as a 21-year-old, Çelik is now a Turkish international, a Ligue 1 champion and close to joining Roma for three times that price. However, at no point, despite his signing’s undoubted success, has the 25-year-old played consistently at such a level to be considered as a reliable first-choice for PSG in major Champions League games. Although fellow full-back Achraf Hakimi has underwhelmed overall since a €60m arrival last summer, his performances for Inter Milan and Borussia Dortmund in bigger games make him the right choice for PSG when comparing the two, despite the price gap.

In short, Campos’ ideology doesn’t fit PSG. However, an overhaul is undoubtedly needed in Paris and the club’s prolific academy, producing Christopher Nkunku and Moussa Diaby in recent seasons, needs a greater role. A new ‘elite group’ allowing leading youngsters to train with the senior staff is a good start, but Campos’ scope to engender change at the club, rightly or wrongly, has a limit with QSI’s aims to make PSG Europe’s leading elite clubs. That idea includes big-name players and attacking, flowing football without delay.

Campos’ common sense as a sporting director is already reigning in PSG’s largesse to the betterment of the club, however. Ending talks to sign Ousmane Dembélé from Barcelona due to the player’s injury record and alleged poor attitude represented the kind of pragmatism PSG have often lacked. Nevertheless, there seem to be two competing schools of thought forming, underlined by the club’s search for a new coach with current manager Mauricio Pochettino reportedly told he will be sacked.

Despite repeatedly refusing Paris, Zinedine Zidane has long been QSI’s prime target and, although reports conflict, the club are continuing to pursue Zidane. Campos, meanwhile, has been discussing the role with OGC Nice coach Christophe Galtier, a former Lille colleague before LOSC’s Ligue 1 title win last season under Galtier. While there’s little doubting Galtier’s coaching nous, QSI’s concerns over paying €15m to sack Pochettino for a coach who lacks European experience and often leans towards footballing stoicism, which hasn’t produced the required results at Nice and Saint-Etienne, seem justified. The respect Zidane would generate, his understated but effective tactical ideas and proven ability to win big games is much more suited to PSG than Galtier’s skillset. It’s difficult to imagine the two ideologies truly coalescing while keeping all parties happy.

Oddly, although typical of PSG under QSI, Campos’ appointment is a product of Paris’ celebrity-driven, star-pandering ethos. The idea was first mentioned in talks over Kylian Mbappé’s future earlier this season. Mbappé – who reportedly endured a frosty relationship with previous director of football, Leonardo – and Campos are friends from their Monaco days and, enjoying an inflated status within the club upon signing his surprise new deal, Mbappé’s recommendation was seemingly acted upon.

In truth, the role of the sporting director, especially for Campos, who’s essentially the game’s best scout, isn’t the same at every club. PSG aren’t bargain hunting in the traditional sense like Lille. Instead, they need a ruthless negotiator, a common-sense approach to major transfers and a managerial figurehead – more of a general manager than a director of football. Campos, who can be forceful with his opinions, is capable of running that type of operation but hasn’t been appointed to do so. Campos may be “in love” with the realities of the sporting director position at clubs like Monaco and Lille, signing €3m players and selling them for €40m, but he could soon find that he’s not so keen on PSG’s, very different, reality.