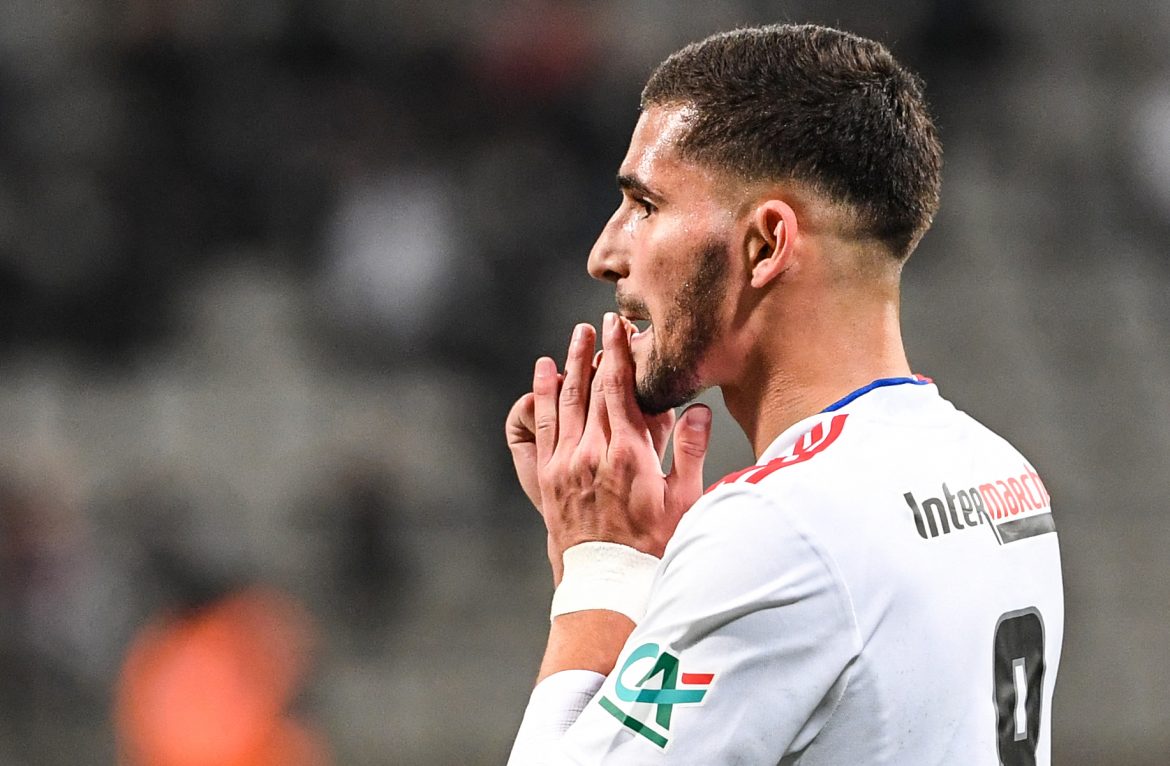 Houssem Aouar was open to leaving Lyon in the last summer transfer window. But with Ligue 1 club failing to reach an agreement on the transfer of the midfielder, Aouar ended up staying put at France.

In an interview with L’Équipe, Aouar, who has a contract with Lyon until June 2023, revealed that Benfica were an interested party in his pursuit last summer. According to the 24-year-old midfielder, he accepted the proposals of almost every club that had shown interest in him, signifying how desperate the Frenchman was to part ways with OL.

Discussing the failed transfers, he said:

“It was a stressful transfer window for me. But I agreed with most of the clubs that came forward.”

When asked about whether he had an agreement with Benfica last summer, Aouar added:

“Yes, even with Benfica. You can see these clubs of different standings, with different projects, and I did not stand in the way. Unfortunately, OL could not come to an agreement with any of the clubs concerned. You have to respect that, there is no problem. But I haven’t closed the doors. The club wanted to sell me. I wanted to leave. So we worked together, but OL couldn’t find an agreement, which I can understand.”