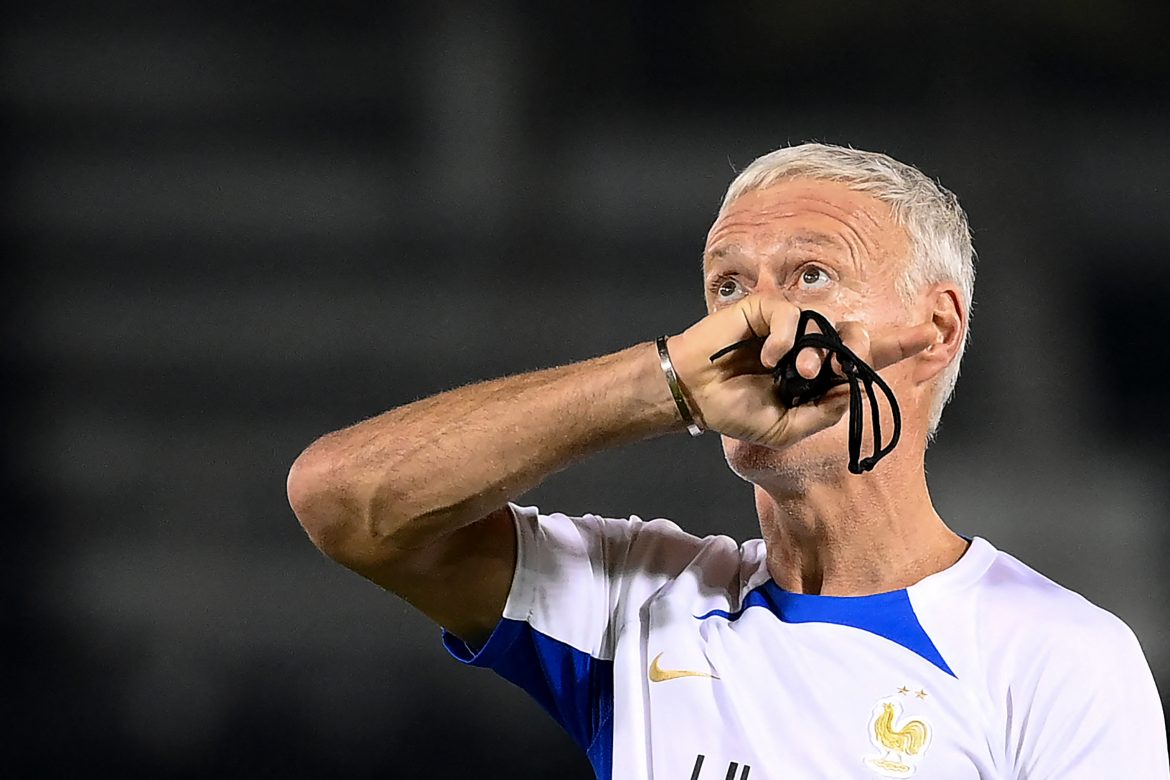 Didier Deschamps has been a coach for some time now, but it seems that the Les Bleus coach is relying more and more on the video tools at his disposal to prepare his team, analyze his opponents, brief the players and in training. L’Équipe are reporting that for the first time in international competition, Didier Deschamps is utilizing a device that can be described as a VAR screen. The monitor, perched on a wheeled trolley during training means that review can no longer be confined to camp debriefings. The coach sometimes stops the session to see for himself or have his men review certain sequences of play.

Aurélien Tchouameni explained the importance of this type of equipment saying, “It’s an important tool in today’s football. All coaches are fond of it, to varying degrees. The coach uses videos quite regularly. Not all the time, but before every game. It can also be useful individually with some to show what is or is not.”

It was also reported that the French manager goes through individual performances alone with certain players. Something that has already happened in Qatar, often to adjust placements or specify instructions. For Les Bleus staff, preparing for a major tournament consists of Didier Deschamps and Guy Stéphan going over an average of twenty matches per week.

Match viewing and editing tools like Wyscout and InStat then help zoom in on the performance of the French players involved. Thierry Marszalek and Éric Dubray, the two staff video analysts, took care of the assembly of the sequences on the opponents of the first round. Deschamps and Stéphan clearly wanted to have as much information as possible about their competitors before the start of the World Cup.

The final adjustments are made by watching the latest performances. In 2018, it was thanks to this preliminary, essential work that the staff managed to detect flaws in the set pieces of the Uruguayans in the quarter-finals (2-0). Didier Deschamps and Guy Stéphan were then responsible for putting the strategy in place on the pitch the day before the match. Marszalek (55) and Dubray (56) are almost pioneers among Les Blues.

​​The duo implemented the use of video in 1998 and just after the World Cup in France. However, Michel Platini reportedly already started to set up an audiovisual system in the 1990s.

Nasser Al-Khelaifi on selling a portion of PSG: “We are here for the long haul.”