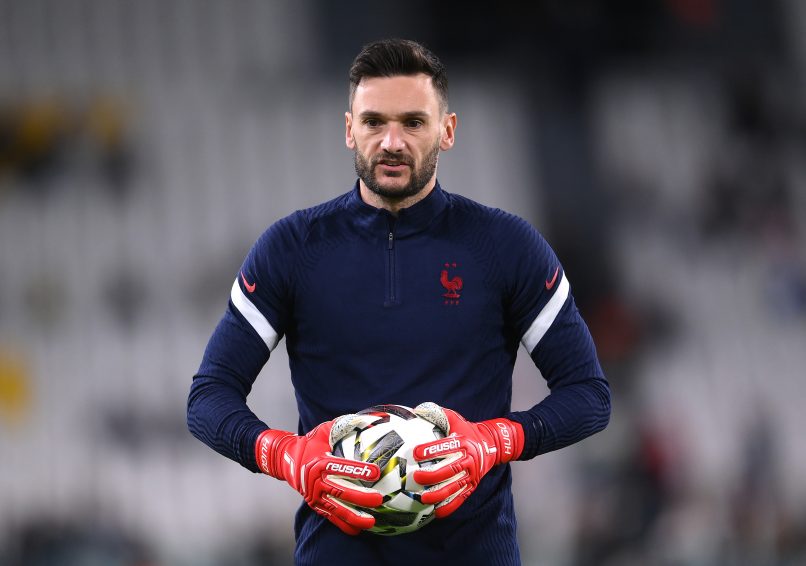 Between France’s two friendly matches in this international break, Hugo Lloris, captain and goalkeeper of the team, spoke to French radio station Europe 1, in an interview broadcast on Saturday night. A section of the interview covered his time with the national team, and his proximity to breaking the record for most appearances, currently held by Lilian Thuram, with 142.

“Records are made to be broken,” said the 35-year-old goalkeeper, who currently has 136 caps to his name, “but it has never been an obsession. I’m more demanding and focussed on the game, on the competition and that’s what has guided me on a day-to-day basis for a number of years. But, once again, we’re getting close, and with such pride, so many honours. But the objective is very clear: this World Cup in Qatar at the end of the year.”

The goalkeeper was also asked whether he was one of the best in history, to which he responded “we don’t think about those sorts of things. We live everything through our generations. I try to give the best of myself, above all for myself, to make my friends and family proud, as well as my teams and teammates. After that, it’s literature. I have no claim. I’m here to have the most fun, to give the most and perform the best. I still think it’s important to leave a mark, to be recognised. Making a hierarchy, a list, is not my job. No, like all sportspeople, when we set off on a professional career, we want to mark the occasion and I’m very proud to have been able to do so with the shirt of Les Bleus.”