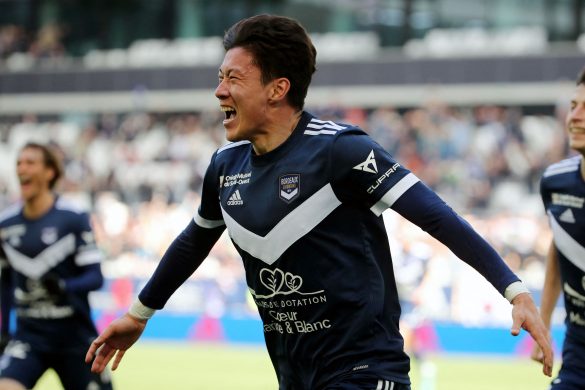 As reported by L’Équipe, Bordeaux’s South Korean striker Hwang Ui-jo will fly to Nottingham on Thursday evening to have his medical with Nottingham Forest before completing his move to the newly promoted Premier League side.

However, the 29-year-old attacker, who managed 11 goals for FCGB despite the club finishing bottom of Ligue 1 last season, will be swiftly loaned to Greek giants Olympiacos upon completing his move to England, which will include a €4m fee plus €1m in bonuses.

The forward has seen varied interest this summer with Ligue 1 side Brest offering €3m earlier this month with Wolves also making a €3m offer for the player. Nantes have also been keen to sign the striker ahead of their Europa League campaign while Bordeaux rejected MLS club Minnesota United’s €5m offer. Porto were also interested at one stage with the Ligue 2 club initially setting an €8m asking price.

In 92 Ligue 1 games for Bordeaux since joining from Japanese club Gamba Osaka in 2019, Hwang has managed to add 29 goals and seven assists.