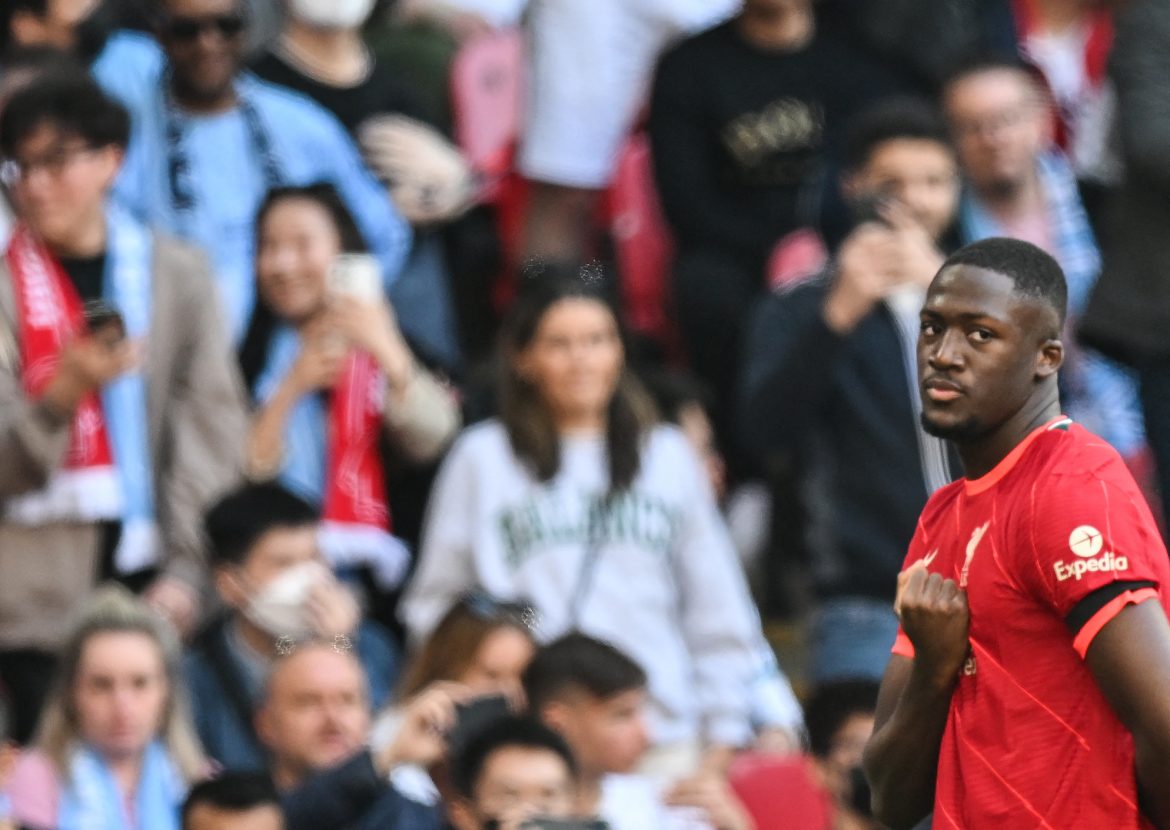 The French team’s press conference today saw Ibrahima Konaté answer questions for the first time since his first call-up for the senior team, as he replaced the injured Raphaël Varane over the weekend.

His words transcribed in RMC Sport, the Liverpool defender spoke about the moment he got the phone call from Didier Deschamps, his France ambitions, as well as his defensive idols.

“I was on a boat with some friends in Greece. We were having fun and laughing. I saw two missed calls and I decided to call back because I didn’t know the number. I heard the news and for 5 minutes I was lost while my friends were dancing around  me. When it came out in the media it was a great source of pride for me and my family. I was very happy. I was welcomed into the squad really well. There are lots of players I know already from my time in Paris or at Sochaux in the youth teams.”

“It was a bit harder to get back after the Champions League, even if I do have a bit of rhythm. Ready or not, I don’t have the choice. If I have to play, I am a soldier and I will be there for the team.”

“You live in France, you serve your country and there is extra pressure compared to playing in a club for your first game. But I’m trying to prepare for it in the best way possible without thinking too much about it. I don’t know when my first match will come but I want to prepare well for it.”

“[On the goal of being at the World Cup] Of course it’s an objective. I didn’t think it would be an objective over the short term. I’m delighted to be here and I want to keep working to be in Qatar next season.”

“[On his idols] Lots of people. Thierry Henry comes to mind. Zidane a bit but I was young. There are lots of players. I didn’t think that I would one day be able to wear the cockerel shirt. I’m here now and I have to experience it without dreaming too much.”

“[On Virgil Van Dijk’s influence] Not just Van Dijk, but rather all of the players like [Joe] Gomez and [Joel] Matip. These are experienced players who have helped me. Van Dijk is the best centre-back in the world and he gives me a lot of advice. Every Liverpool player has helped me, in every position like Sadio Mané and Fabinho. It’s only the start and I hope to learn a lot of things and progress. In terms of my qualities I think I’m fast, and that I am intelligent in spite of my physical qualities. Finally, I’m not afraid to have the ball at my feet.”

“We also played a very high line at Leipzig. I’ve learnt a lot of things at Liverpool. Just by looking at Van Dijk’s game, I saw that he ran less than me during games and I couldn’t understand why. I need to improve my positioning.”

“I don’t know if I would have had the same career in France, but going abroad has been successful for me. Germany has a lot of rigour. You have to adapt to a lot of things when you leave France. My family helped me.”

“[On being with France players from the Paris area] I would like to be a source of inspiration for younger people in my area. When I go back to the neigbourhood and see my childhood friends, that’s the minimum because I haven’t seen them a lot during my growth [as a player].”