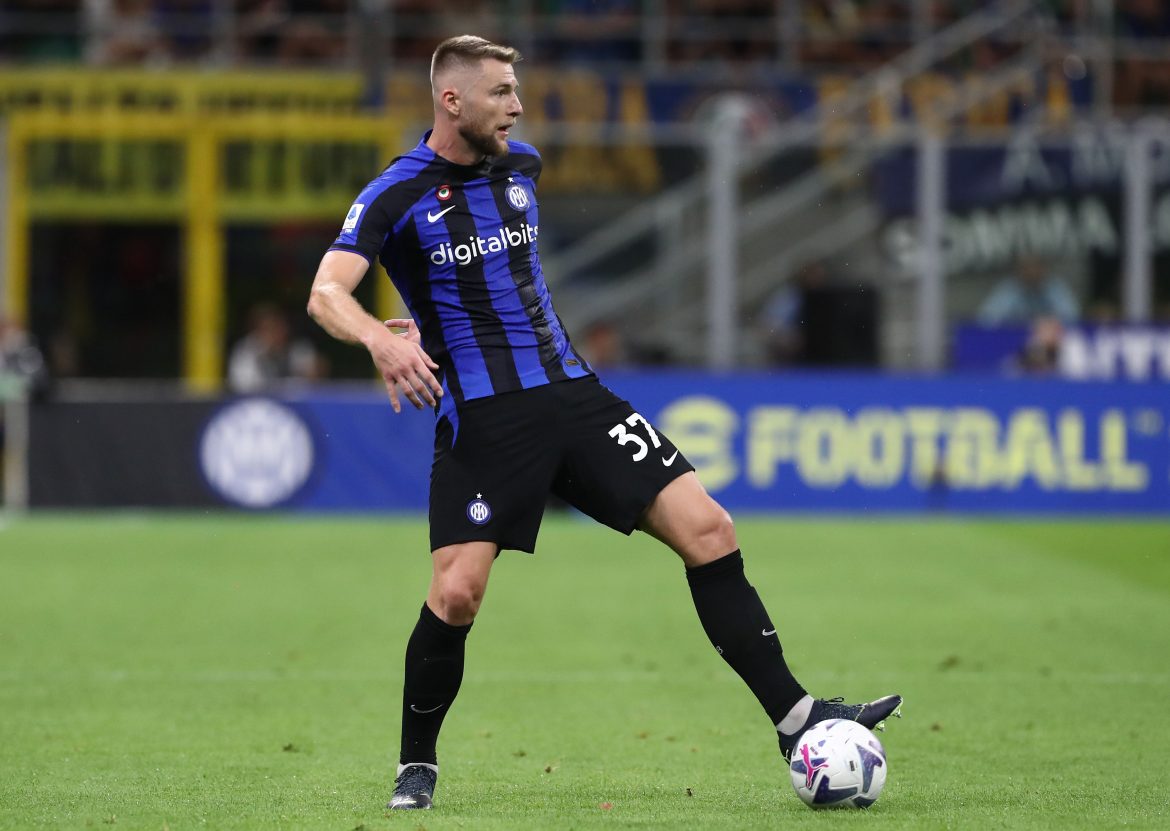 Paris Saint-Germain were interested in signing Milan Škriniar in the summer transfer window of 2022. But with Inter president Steven Zhang reluctant to get rid of the defender’s services, Škriniar could not switch sides.

In an interview with Corriere dello Sport, Zhang admitted that he would like the Slovak international to remain at the Italian club. Zhang said,

“Škriniar is an incredible player. He knows how much I want him to stay, I’m sure we can keep him.“

In a report, L’Équipe claim that PSG continue to keep tabs on the defender despite their failure in the pursuit of the 27-year-old last summer. It is understood that the Parisien club offered €50 million plus €10 million in bonuses for the former Sampdoria centre-back on the last day of the summer transfer window. The respective offer, however, was subsequently rejected by Zhang’s club.

Škriniar has a contract at Inter until June 2023. While the Nerazzurri have not reached an agreement over a contract extension with the entourage of the defender, PSG could reportedly submit an offer between €25 million and €30 million to lure the Slovakian away from Inter in the upcoming January transfer window.