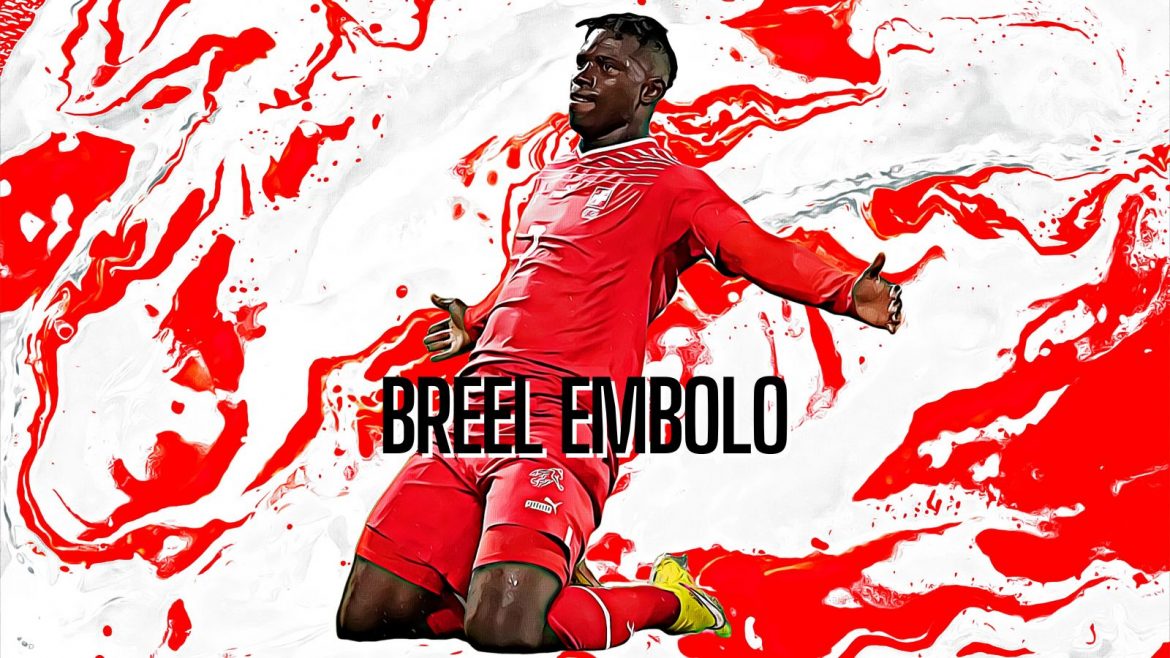 Breel Embolo (25) gets his “special” second World Cup with Switzerland underway with a rather particular fixture. Torn between representing Cameroon, his country of birth, and the country where he launched his professional career, Switzerland, Embolo ultimately chose to represent the latter at international level and is now set to face the former in Qatar on Thursday.

In a round-table interview with Get French Football News’ Luke Entwistle, Embolo explained that decision, as well as discussing the strong link that he retains to the African nation, his strong start at AS Monaco, and his objectives for the World Cup.

What does it mean to play at your second World Cup?

I feel immense pride. Playing in the World Cup is hardly trivial. When you play football as a child, you have just one dream: to play in the World Cup. To play my second World Cup at the age of 25 is a great thing. We are a small country that has progressed well in the past few years. I can’t wait.

What objectives have you set?

We don’t have any limits. We have learned a lot in the past few years, not just in the World Cup, but also in the Euros and in the Nations League as well. We have a young and tight-knit group, but also with a lot of experience and a lot of quality. We are going to try to move to the next level. We’re all ambitious. I’m not just talking about myself, but about everyone. Three or four young players will play their first World Cup, but lots of us know each other from 2018 and that’s important for the team to be able to come into the tournament feeling calm. It’s difficult to prepare for because it’s an incredible thing. Our first goal was to qualify, and as you’ve seen in the past few years, that is becoming a much harder thing to do (European Champions Italy, who were in Switzerland’s qualifying group are absent from this World Cup), so that’s incredible and now we’ll try to pick up where we left off.

Do you feel as though you’re a leader within the team?

My role is to give everything to help the team win. I have already done that since my arrival in the national team at the age of 18. I’m still not one of the old ones! My role is different from that of  Granit Xhaka, Fabin Schär, or Ricardo Rodriguez. But people expect things from me. I’m aware of that and I want to live up to it.

Were you disappointed with the draw given that you’re once again drawn with Brazil and Serbia, just as you were four years ago?

Yes. Especially to be drawn against Serbia with everything that happened after the group-stage match in 2018. (Xhaka and Xherdan Shaqiri, both of Kosovan descent, demonstrated support for Kosovo, a country unrecognised by Serbia, whose national media described the celebration as “provocative.” The pair were later investigated by FIFA for the gesture, and tensions between the two countries remain high.) But it remains a football match. There are also lots of discussions around Qatar, who are hosting this slightly special World Cup. It is up to us to bring joy to our supporters. Playing against Brazil is a dream, but when you find yourself in almost the same group as four years ago, it’s a bit strange. But we’re happy and we can’t wait to compare ourselves against teams like that.

Given your links to Cameroon, it must be special playing against them in the opener…

When I chose to play for Switzerland, there was always a part of me that wanted to represent my country of birth. But you can’t do what you do at club level and play for two different countries. I am very happy with my choice, and I am Cameroon’s biggest fan. I have lots of friends in the national team. We sometimes meet up either on holiday or in Cameroon. It’s a special match for me and my family, and I know there will be lots of emotions. It will be a big moment for my family. It was an emotional moment when the draw was made. I must confess I didn’t exactly jump for joy, but I was happy.

What links do you still have to Cameroon?

I’m still very close to the country. Most of my family live there. I try to go back once or twice a year to keep that link to Cameroon. It’s important for me not to forget where I come from.

How did you choose between Cameroon and Switzerland?

I was 17 years old. It was a difficult time. I pushed back my decision for a few months. I remember that I even had the chance to join up with the Cameroon squad. It wasn’t an easy choice, but my family respected it, and that’s the most important thing.

You played under Switzerland manager Murat Yakin at club level at Basel. How is it to play under him once again?

It wasn’t a shock, but I didn’t expect it! We came out of a great World Cup with Vladimir Petkovic. Personally, I received the news very well. He is the first coach to give me a chance. I have always kept that link to him. He has always expected a lot from me. He is a bit of a mentor; we have always stayed in contact. He’s someone I hold dear. From Petkovic to Yakin, apart from little banal things like his way of communicating, the biggest change has been from a back three to a back four. That’s the biggest change, apart from the pretty rapid generational shift happening within the team.

Were you scared that Yakin would move you into the midfield?

There is always his discussion but as I’ve always said, he knows all of my strengths and all of my weaknesses. He follows my performances here at Monaco and he is someone who has followed me for a long time.

What do you think of the timing of this World Cup and the fact that it will be played in the winter?

We don’t decide the timing, but the joy is the same. It’s true that in the summer, you have three or four weeks of preparation, which means you have time if you turn up for international duty with a little niggle, that’s happened to me before. It’s a bit special because we’ll be meeting up on Monday and going straight there, so there isn’t time to look forward. But we all can’t wait.

You have really hit the ground running since your arrival at Monaco and have looked in great form. Do you feel as though this could be your moment?

I’m hoping that it will be the team’s time! There will be 11 on the pitch and 26 in the group and we have a great dynamic. On my side, I am trying to grow and learn more, and give the best side of myself, but of course, that isn’t always easy. When I came to Monaco, I always said that I wasn’t coming to have a holiday. I came here to progress. I learn a lot from training with Wissam Ben Yedder, Aleksandr Golovin, Kevin Volland, and Myron Boadu. I haven’t yet reached the peak of my abilities.