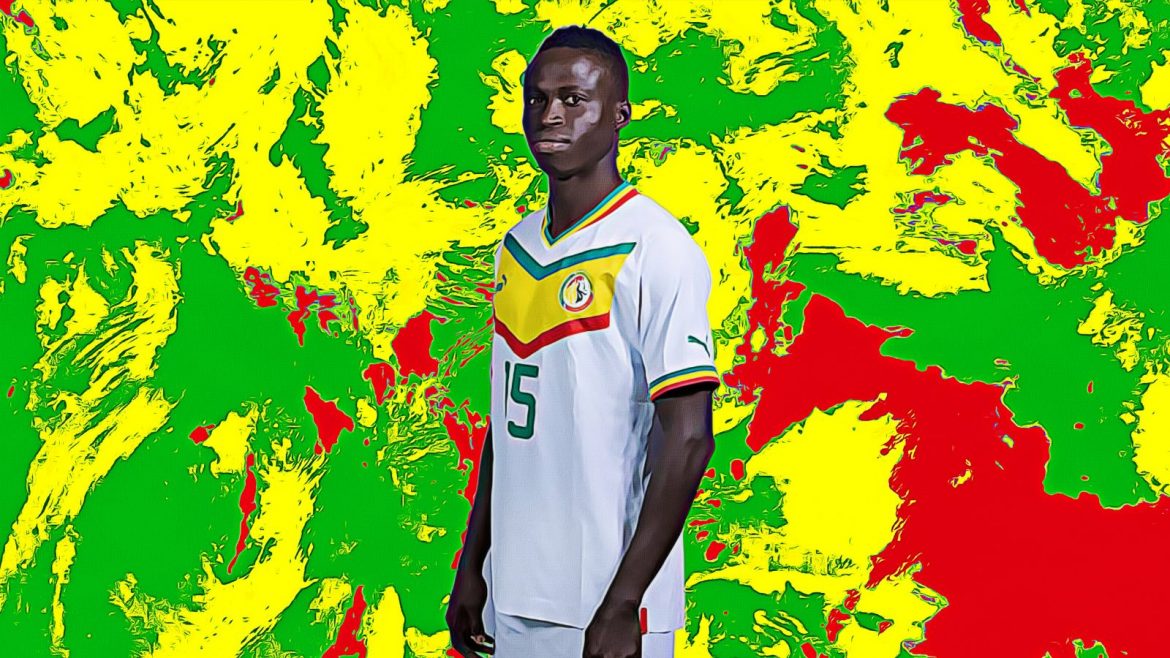 Krépin Diatta (23) has fought simply to be a part of this World Cup. Just three months into his AS Monaco career, the winger suffered an ACL injury just minutes after scoring his first Ligue 1 goal against Lille. He consequently suffered the heartbreak of missing Senegal’s successful Africa Cup of Nations campaign, whilst the timeline given for his return even put his participation in the Qatar World Cup in doubt.

Diatta returned on the opening gameweek of the season and marked it with a spectacular goal against Strasbourg. Reintegrated into the squad at club and national level, the former Club Brugge man now has a crucial role to play. Speaking in a round-table interview with Get French Football News’ Luke Entwistle, Diatta spoke about his road to recovery, the pressure of heading into the tournament as champions of Africa, and his close relationship with Sadio Mané, whose absence he must now try to mitigate.

After your injury, is it special to compete in a World Cup?

It is. It’s a very special feeling because the World Cup was in the corner of my mind. I wanted to do a lot for AS Monaco as well because there were a lot of matches before the World Cup. The injury that kept me away from the pitch for 6/7 months was difficult. The most important thing for me was working hard to come back during the pre-season and start the new campaign with the team. I managed to do that and I’m very happy.

After the injury, was the objective to be fit for the World Cup?

Yes, it was an objective. The first one was to bounce back well in pre-season though and to start the season. I told myself that, for the World Cup, there was still time. But if I’m not coming back in pre-season and then not getting into the group, not starting matches at the start of the season, I don’t think I’ll be able to think about a World Cup. Today, the sacrifices I’ve made, and the club has helped me as well, have helped me realise my objective. I am back where I want to be.

Did missing the Africa Cup of Nations (AFCON) success also further motivate you to make the World Cup squad?

Of course. It really hurts to miss the AFCON, especially since I had played in one when I was younger, and it went really well for me personally. It was a shame we lost the final that year, but it was a good experience for me because I was the Young Player of the Tournament in this competition. It was a shame just one month out from the 2022 tournament to sustain my injury and miss it. I had played practically all the qualification matches and that hurt. We had a task in Cameroon, and it’s a bit of a shame, but the most important thing is that we’re champions of Africa.

Despite your injury, Aliou Cissé still wanted to take you to the Africa Cup of Nations, and he still made sure that you were at the celebrations…

Yeah. He even called me when he released his list (for the tournament)  and said that it was a big shame. He said that he still wanted to take me, even if I couldn’t play, but I said not to do that. For example, if it doesn’t go well, people are going to be jumping on you. I’m a player, and I want to be there, but take a player that will be able to play, be able to train, and that will give you more. I said that if I was there, I would have only sat on the bench and I won’t be of use to you. He then said that, if he takes me, it’s only natural because I’d played practically all the qualifying matches, and so I’d helped us qualify, and so he wanted to take me. But I said no. I knew that if I had gone, it could have gone badly. Luckily, he listened to me and let me stay here and work with my club and come back as quickly as possible.

He is a bit different, Cissé. Not many coaches would take you along when you’re injured…

He is. He is a coach who brings the group together. You don’t see any separation within the national team. It’s like a family, we’re always laughing, and everyone teases each other. The group lives well together, and it’s exactly what the coach wants. He tried to create that and that has worked and we’re now the champions of Africa.

Are you going there to win the World Cup?

Is there pressure going into the tournament given that you’re champions of Africa?

Of course. Having won the AFCON, lots of people will have expectations. We can’t hide from that, but we are a humble team and we’re not going to say that the World Cup is ours for the taking. No, if we go into the tournament with that mindset with this state of mind, we’ll lose ourselves. We’re playing against huge teams that also have thoughts about winning it.

What are your personal ambitions?

My ambition is to do a lot better here. I want to make my mark in Monaco, and at the World Cup. That’s something I have in mind.

You came back quite quickly. At the end of last season, did Cissé want to call you up?

He wanted to bring me back to the national team, but I told him I know how I feel. I felt that I had taken myself to the next level in my recovery. But I said give me more time because I wanted to work more here and If I come back to the national team, I won’t be doing so at 110%. That isn’t good for me. I said when I come back, I want to be at 100% then I can give you what you want from me. I’m not coming back to not be ready, and playing just at the end of matches isn’t interesting. It is better for you to take a player that is really ready. So I refused, I said I wanted to continue working with AS Monaco, and that when I’m ready, I’ll tell you.

Do you feel strong today?

I think I have got more muscle. I haven’t gained weight and that has helped me as well. Often with injuries like that, you can gain a bit of weight, but that wasn’t the case with me. Even here, they asked me how it was possible. I was well accompanied by the club. I was basically told exactly what to eat, and what I shouldn’t eat and I respected all of that. I often speak with Sadio, and he told me to be aware of what I eat during this period. You mustn’t tell yourself that you’re not playing this season, so from now until the end of the season, you can do whatever. It’s here where you find out if a player is serious or not. It all depends on you. Obviously, I’m a young player and it’s the first time I have had a big injury and he explained a lot to me. When I went to see him during World Cup qualification, he asked to see my legs, and he told me that I had worked well.

Has the injury aged you a bit mentally? Would you say you are more mature now?

When you have an injury like that, something clicks in your head, and you have to get past it. It’s true that for the first two months, I didn’t want to know anything. I was really angry with myself, asking how I could have done this because when I got injured, I even continued playing. It was at half-time that I tried to get up and I realised my knee was moving I told the doctor, and he replied that the medical results probably won’t be good. When the news came, I wasn’t good for a couple of months. But I told myself that if I stay in this mindset, that won’t help me. So I told myself that I had to stay positive. When I arrived here for recuperation, I saw the atmosphere that was here, the group was doing well, the dynamic was good, we were winning matches and I think all of that helped me. I saw positive things here, so I told myself that I have to be positive too.

Did having Philippe Clement, a manager that knows you, here as well help you?

He often tells me that I’m coming back from a big injury so sometimes he’ll need to let me breathe. It’s a good thing because I know him from before and he knows me. From the start, he always came to speak to me, even though he knew I wouldn’t play before the end of the season. He would come and chat with me at the treatment table. All that made me want to fight to come back as quickly as possible.

What do you make of your group?

Sometimes I hear people say that ours is an open group, but that we should make it through. That’s what people on the outside will say, but we mustn’t fall into that. That’s the danger. I don’t think there is one easy group in a World Cup. Every team that is there got there somehow. Firstly, we need to put in the work in the first three matches and after that, we’ll see what we can do.