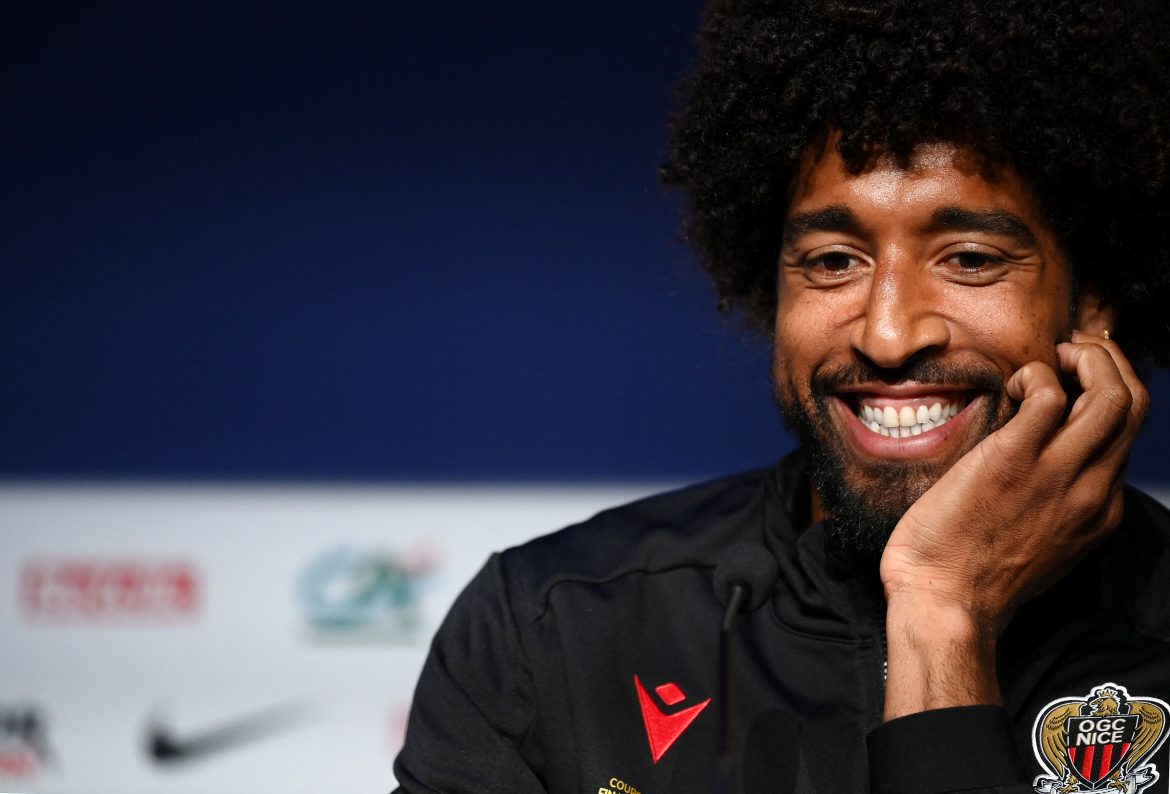 Dante (39) made his one and only World Cup appearance in Brazil’s infamous 7-1 defeat against Germany in 2014. He hasn’t featured for the Seleçao since, but he rates their chances in Qatar later this month. In an interview with Get French Football News’ Luke Entwistle, the OGC Nice defender spoke about Neymar’s happiness, Marquinhos’ serenity, and Les Aiglons’ recent return to form.

How do you evaluate Nice’s start to the season?

A bit mixed. Our start wasn’t what he had hoped for and we didn’t get the results. But progressively the reaction from the whole team, and the staff was good because today we have reached one of our objectives, which was to finish first in our Europa Conference League group and then to get into the top half of the league, even if we aren’t exactly where we want to be. Our reaction has been positive.

Has the European campaign helped the team to find consistency on a domestic level as well?

Of course, that gave us confidence. I think we’ve played some interesting matches in Europe. It does you some good when you win, qualify, and reach your objectives. It’s true that in Ligue 1 we have to go on an enormous run to get where we want to be.

Having competed in the Champions League with Bayern Munich, are you invested in the challenge of winning the Conference League?

Of course. It’s one of our objectives. I’m a competitor. Know that when I play, I play to win. I’m taking this cup to heart. It’s the first time in a while that we’re competing in European competition and that feels good. Why not continue? We have to really invest ourselves in this competition with great commitment and with personality in order to go as far as possible.

Given that the club are on a seven-game unbeaten run, does this World Cup break come at the wrong time?

I think so. Despite the long run of matches that we’ve had, despite the general tiredness, when you’re winning you have a lot less fatigue. You just want to keep on playing, to keep this good feeling of winning games. It’s a shame that we have to stop now because we are growing into the competition.

At 39, have you struggled with this packed pre-World Cup schedule?

It’s true that I’m managing to play regularly. At my age, that isn’t often the case. But it’s up to me to stay demanding regarding rest, what I eat, and regarding training and recovery. I have to respect my body. Then there is something that I can’t explain, and that’s called my love for football. My love for what I do. It’s something that I can’t see myself living without so I have to make lots of sacrifices and put in a lot of effort to continue. It’s as simple as that. But for me, these aren’t really sacrifices that I’m making, it’s simply my routine, my life that allows me to continue to enjoy myself on the pitch.

How do you maintain that love for the game? Does competing in the Europa Conference League help keep things fresh?

I would say so. But, as I say, just being on the pitch is an enormous joy. It’s clear that when you have a European competition, that gives extra adrenaline, and additional excitement It’s the first time I compete in the Conference League, it’s a new competition. Why not go far in it, even if it is a weaker [competition] than the others? I think that it could be a beautiful chapter. It’s not easy because there are lots of teams in it with quality. In football, you have to always have dreams. But you have to take it step-by-step.

Could you maybe identify a turning point in the season?

I would say it was just after the international break (in September), when we had a bit more time to work, to work on having greater cohesion within the group. After that, we have a very good game against Paris Saint-Germain and then we strung together some good performances and matches. I think that was the turning point.

You won’t be heading to the World Cup in Qatar, but how would you rate Brazil’s chances of winning it?

On paper, Brazil are certainly one of the big favourites. But the World Cup is a tournament. It will go very quickly. In the World Cup, if you lose a key player and you’re struggling. That’s what happened to us when I competed in 2014. This year it’s a bit different because we have lots of attacking options. We have to cross our fingers so that we don’t lose players to injuries, and that we have a good cohesion in the group. I think that Brazil is a strong favourite.

Are you surprised by Neymar’s level this season?

No. He is someone who has his objectives and someone who manages pressure well. I’m not surprised because at six months away from the World Cup, he said that he had to put in a lot of effort and be clear-headed so as to have fewer injuries, and also not just concentrate on his own level, but also that of his team. You see that, you feel that and that is why he is in such great form. You can see that he is happy, and when he is happy there are no problems.

Your former manager Christophe Galtier, now in charge at PSG, said that this is the best we have seen of Neymar at PSG. Do you agree?

It’s difficult to say and difficult to contradict someone with whom I worked on a daily basis. The PSG of today isn’t the same as the PSG during his first year, so you have to take everything into account.

Marquinhos will also be traveling with Brazil to Qatar. Where do you rank him amongst the world’s best defenders?

Top five, at least the top six. [His strength] is his calmness, his incredible physical quality. He isn’t the biggest, but he’s aggressive, he’s committed to every duel and then he’s a great passer, a calm passer. You have to say as well that he’s an intelligent player because he’s played with Thiago Silva for a long time, and you can feel that he has learned a lot. You can feel his impact. He’s intelligent, he’s humble, he’s got a lot of humility. That makes him a really big player.

In which part of the pitch are Brazil the strongest?

The attack, because when you have Raphinha, Gabriel Jesus, Vinicius Junior, Neymar, Lucas Paquetá, Richarlison, Antony, and Gabriel Martinelli, that’s a lot! So now we have eight attackers with lots of quality, and I’ve not even spoken about Pedro. Maybe you don’t know him as much. He plays at Flamengo, but be careful! He’s scored at the Parc des Princes for the national team. He’s very, very strong as well.

What do you make of all of the ethical and environmental concerns about the Qatar World Cup?

It’s very difficult to position ourselves [as players]. Phillip Lahm (who has said he will boycott the World Cup) is someone who is already kind of outside of football. But I only take a position on things that I’m 100% sure about, that I see. Speculation and what people say, I don’t really get involved in that. I prefer not to take a position. I will watch [the World Cup]. The players have nothing to do with this. My love for the national team also has nothing to do with this. I think that we mustn’t conflate things at the end of the day. The national team that wins will be very happy despite all the speculation.