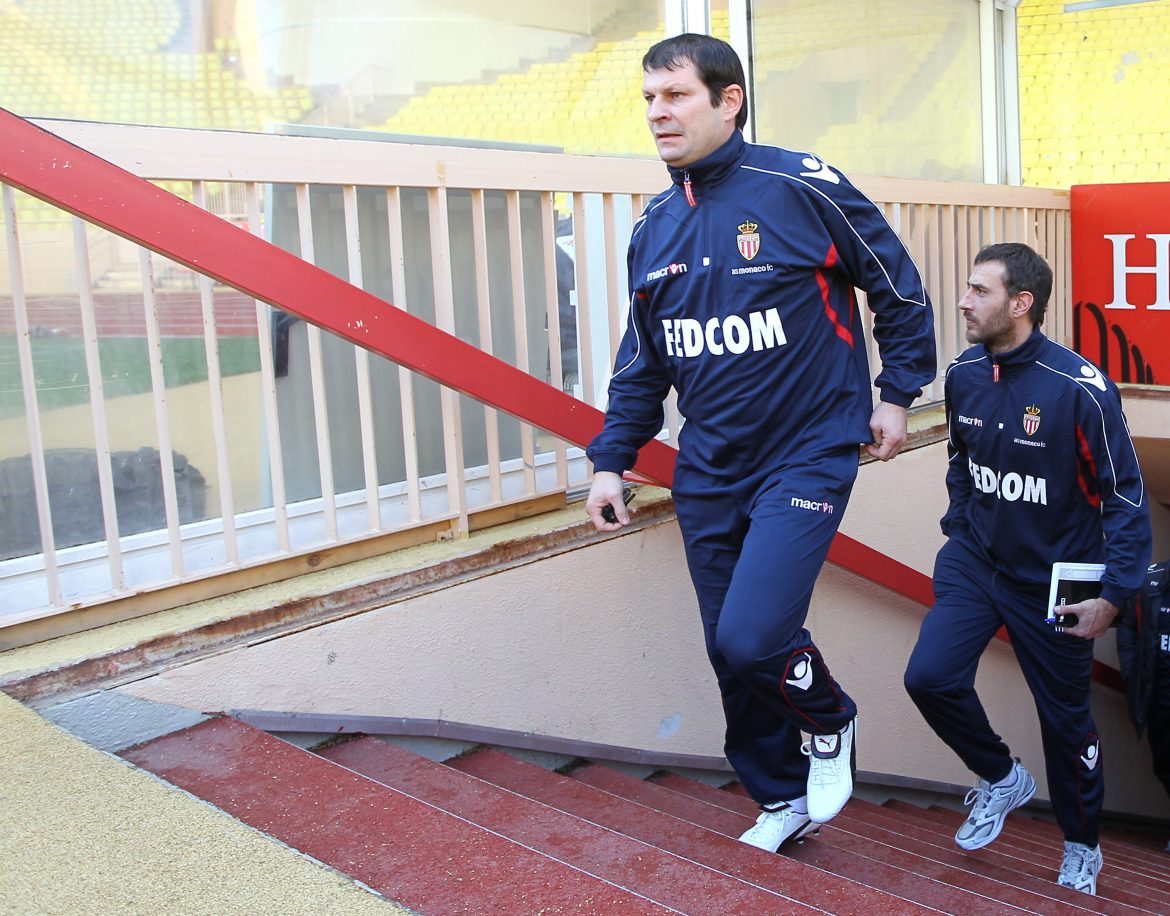 Laurent Banide has been appointed as the new manager of AS Monaco Women. For French football fans, his name will be synonymous with the Principality, having managed the men’s side on two occasions and also taking charge of the academy side. In the UK, his name will evoke a fleeting memory amongst Oldham Athletic fans, who witnessed the Frenchman take charge of a mere 11 matches at Boundary Park.

Since his dismissal at Oldham in September 2019, Banide has been out of work, but he is eager to bounce back in a new environment. GFFN sat down with him to speak about writing a new chapter in the Principality, his time in England and the evolution of the women’s game.

Banide’s history at AS Monaco is a family affair. His father, Gérald Banide, managed the club on two occasions. Once between 1979 and 1983s and again for a shorter spell in the 1990s. Over both spells, he managed 140 games for the club, and won the league with Monaco in the 1981/82 season.

“It’s quite a long story, began Banide. Firstly it was my dad’s region and then it became mine. We’ve already been working about 40 years in Monaco; we’ve all been in the Principality and we have an attachment to the country.”

Laurent may not have taken charge of as many games as his father, nor won any silverware, but he has still made his mark at the club that he calls “home.” Having taken charge of the Monaco academy sides in the 1990s and early 2000s, he became assistant manager in October 2005, before taking the reigns just a year later. During that season, he led the side to a comfortable ninth-placed finish.

He left at the end of the season to take up one of his many spells in the Middle East, which included a stint as the manager of the Kuwait national team. He then returned to Monaco midway through the 2010/11 season with the task of saving Monaco from relegation.

In a team featuring Pierre-Emerick Aubameyang, Valère Germain, Chu-young Park and Thomas Mangani, Banide couldn’t keep Monaco up. “I don’t have a bad memory of that time. We build from successes and from defeats. We took 25 points from 19 matches, but unfortunately we lacked a little something. There were injuries, goals conceded in the dying minutes; these things happen. Unfortunately, it was difficult for me and for everybody, for the supporters as well. Still, it allowed the club to bounce back and create this new story with the new owners, although it was difficult to take at the time,” he said.

He then returned to the Middle East, taking up eight different roles in total, including returning as Kuwait head coach, before taking his first-job in the English game. National League side Oldham Athletic were in League Two at the time, but the position as head coach was somewhat of a poisoned chalice. During 2019, five coaches took the reigns at Boundary Park, including Banide and Paul Scholes.

The Frenchman lasted only 11 games, averaging 0.91 points-per-game. What has stuck with him from that brief time in northern England is the passion for the game. “I was very moved by the people’s passion over there. It was magnificent. There were huge amounts of supporters at the matches, and the passion of all those working at the club was incredible. Unfrotunately, it was a bit of a delicate period for the club, with lots of managerial changes. We worked hard to try and bring some calmness and stability, but unfortunately it was a delicate time for the management too. As soon as things started to go badly, they just moved onto the next thing. It’s regrettable because we hadn’t been in the job long, but that’s life,” said Banide.

Since then, Banide has been out of work. He moved to London, attending Chelsea matches, as well as matches in Monaco, whilst waiting for the right opportunity to arise. A few weeks back, AS Monaco Women’s American investors Peak6 called Banied to discuss the idea of him replacing Stéphane Guigo as head coach; he didn’t need much convincing.

“I made my decision very quickly, said Banide. During that meeting I was very convinced by Jérôme de Bontin’s speech. What convinced me was that there was already a beautiful project led by de Bontin and the president Rudy Tarditi: a project to take the team as high as possible, just like Lyon and PSG have done with their women’s teams.”

It will be Banide’s first venture into the women’s game, and he is looking forward to getting involved in the growing game. “Women’s football is developing enormously. It’s the future. It’s gradual and on an individual level, the players are becoming stronger and there are more and more people involved in it,” he said.

However, there is still progress to be made and Banide is looking at French rivals, as well as the UK as sources of inspiration and motivation. “I noticed in English parks lots of girls play football, which isn’t the case here in the South of France. I think it’s true that in Anglosaxon countries, there is already a good evolution in terms of women’s football. There are a few training centres that have grown in Paris and in Lyon, which are bringing the level of women’s football up. I think we have to follow this direction to be able to get AS Monaco Women promoted into the first division.”

For now, however, Monaco have to concentrate on promotion to the D3 next season. The club narrowly missed out on promotion last season as they lost to Toulouse Women in the play-off final. Banide stated that the objective is to achieve promotion this season and “to build a great team in the years to come.”

With pre-season beginning on 1st August, Banide is looking forward to getting underway at his new club: “I can’t wait to be on the ground, to meet the team, to work with my staff and to bring my experience in professional football and take them as high as possible.”