Interview | Lens wing-back Jimmy Cabot: “I’m at a club where there’s a lot of competition.” 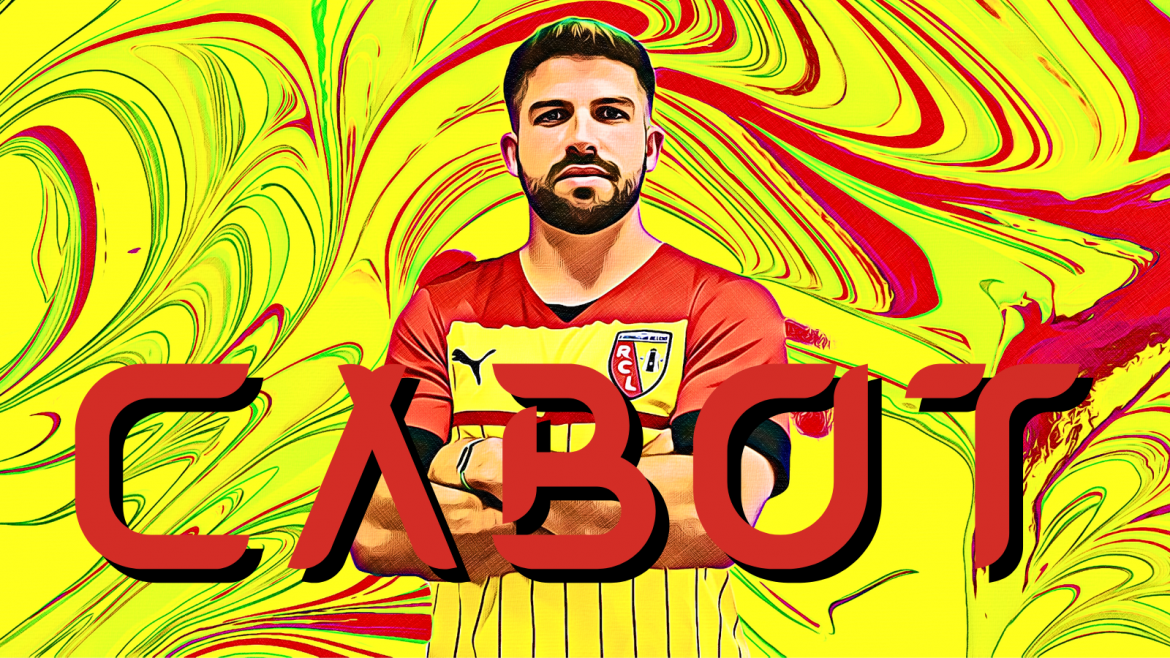 Having made the move from Angers to Lens this summer, Jimmy Cabot is joining a team where the emphasis is very much on the wing-back’s role, both in attack and defence. After making the switch to the position last year and impressing in his new role, the Frenchman’s season was then cut short by an ankle injury in March. Now with the Sang et Or, the former Lorient man is looking to get back to his best all the while rounding out his game within a club that’s aiming high.

Ahead of the team’s opening game of the campaign – they host Brest on Sunday – the wing-back sat down with Get French Football News‘ Raphaël Jucobin to discuss his first few months in the north of France and what he expects from the season to come.

What have been your first impressions on arriving at Lens?

I had a very good first impression. Looking in from the outside before I arrived you could already feel this sort of positive energy, and the squad seemed to be getting on well on and off the pitch, and that was confirmed to me when I got here. There were no issues with settling in, it’s been pretty easy and things are going as well as planned, pre-season has been good.

How did your first meeting with coach Franck Haise go? Do you feel his style of play won you over in particular?

I wasn’t expecting to be won over! I already saw what he had set up in previous years. I’ve already had the opportunity to play as a wing-back, and I had a good look at their role at Lens and what was being asked of them. So I have no issue with what’s being asked from the manager – our first exchanges went well, as was the case with the rest of the squad. We do video sessions and things to try and acclimatise ourselves as quickly as possible to what’s being asked of us.

Do you feel that the particular role of the wing-back at Lens is something that suits you, considering your development in this new position?

Of course. I’ve played in this position for six months [at Angers, last year], even if I did play in different formations so I’m continuing to improve and grow in this role. In terms of what’s being asked of me at Lens there’s a style of play which often requires more control, while at Angers it was maybe a bit more direct, or sometimes more defensive. I’m finding myself in positions where I can shine even more, because I have attacking qualities to start with. But I’m also trying to develop in defense, to get stronger and to keep up with the pace as well, given that I’m in post-recovery from an injury.

How did your recovery from that ankle injury go?

It went very well. I spent several weeks at Capbreton [in the south-west of France] in physical recovery during the holidays. I knew that the start of pre-season would be a bit difficult because I hadn’t kicked a ball for a few months, but it’s gone well – my goal was to be back to 100% for the start of the season, and that’s the case now, I’m feeling really well. Things improved over the course of pre-season – I knew that some days would be harder than others – and that was the case – but I worked hard and now I can show as much as possible what I can do.

The team has managed some pretty impressive results in pre-season, notably with that win over Inter – you got the assist for Loïs Openda’s late winner – do these kinds of results make you confident for the season to come?

I think that beyond the matches against Inter and West Ham there’s already this confidence that’s being put in place around the club. From the results in the last two years and those that we’re getting right now. There’s also a dynamic from the end of last season which hasn’t been broken, after that run of games without losing – these are the kinds of things which give you confidence.

In these matches against Inter and West Ham, which are quite prestigious even if they are friendly games, we’ve seen that we’re capable of being very sound in our performances. We can keep possession and have some control, even in those kinds of games against great players. It reaffirms what we’re doing with our style of play and it gives us a lot of belief.

Would you also say these results give you the belief you can compete with top clubs on the continent, given the club’s long-term objective to qualify for Europe?

I don’t think that’s the main objective of those games, I think that if we’re able to be consistent in those sorts of matches we’ll be able to gain more control and strength in our Ligue 1 fixtures. The important thing is to put together a real run in the Ligue 1 games, and then as the season goes on if we see that we’re really consistent and that we’re able to target those spots we’ll see what we can do. I don’t think now is the time to be thinking about Europe because unfortunately we haven’t qualified, but the club is growing, and if the results are there then we’ll think about it but I don’t think it’s the main topic at the start of this season.

In personal terms, what are your goals for the season to come?

I want to get back to the form I was in before that injury in March, to get back up to pace. Whatever my playing time might be, I’ll be getting back into the rhythm of things, in training sessions and in my individual work as well – I still have an ankle to work on. So it’s all about working on all of that and giving it my all for the team every time I’ll be called up.

I’m at a club where there’s a lot of competition, as in other clubs, and I’ll try to get as much playing time as I can and perform well.

It’s going to be a particularly long season given the break for the World Cup in the winter – is that something that’s played a part in the physical work that’s being done in this pre-season?

I think the topic will be addressed when it comes up. From what I’ve seen, pre-season hasn’t been different because of the break we’ll have. There’s a lot of adaptation in football, we’ve seen that in the last few years with Covid. There are a lot of factors which you often have to adapt to – no two years are ever the same. This year we’ll have a World Cup midway through the season which will make for an interruption, but as usual there will be a little holiday and then some time for preparation ahead of the second half of the season, which will be just as important.

How do you see the competition in your position this season, notably with Przemysław Frankowski – has the manager made his decision on who will start?

You’ll have to put that to the coach! But in my case, with my return from injury I need to be patient. There are very good players and competition at Lens. Whatever my playing time I will give it my all. Then there will be choices that are made, the season is going to start – everyone will be able to show what he’s capable of whenever he plays. But the competition is on very good terms, whether that’s with Macha [Deiver Machado], Frankie [Frankowski], Ismaël [Boura]… There are very good players in the wing-back role, so the important thing is that whoever is playing, there’s a high level of performance. If we all collectively have a great season, it will be positive for everyone.