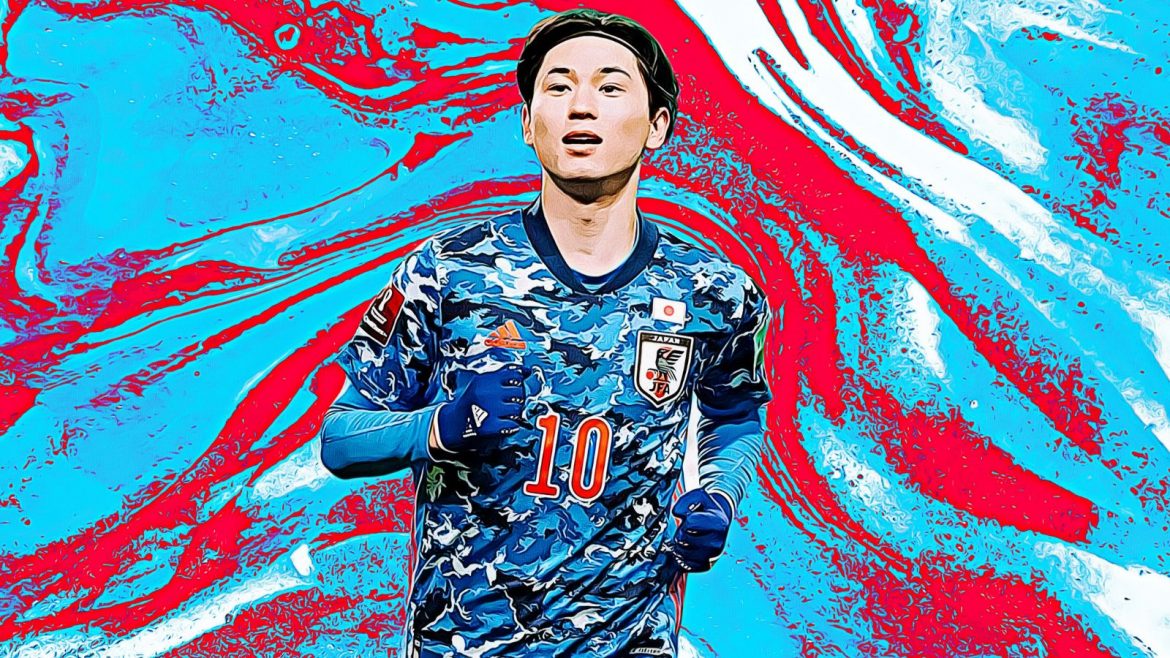 By his own admission, Takumi Minamino’s (27) integration at AS Monaco hasn’t been seamless. The Japanese international was excited to hit the ground running, but his adaptation to life in Ligue 1, to his unfamiliar surroundings and his new teammates, has been incremental.

However, the former Liverpool forward believes that he is improving on a weekly basis, and as he turns his focus from club to international football, Minamino is allowing himself to dream big, as he revealed in a round-table interview with Get French Football News’ Luke Entwistle.

Takumi, what does this first World Cup mean to you?

It was a dream to play in the World Cup when I was young so I’m very much looking forward to playing in it. I feel as though a dream has come true. I hope we play well. It’s a difficult group: Germany, Spain, Costa Rica, but in football everything is possible. We trust ourselves to show our best side.

What are the team objectives?

Of course, we want to win the World Cup. This is also my dream. If we want to do something big, we just need to focus on the next game each time. This is the most important thing. We’re focused on the first game against Germany. I asked Kevin (Volland) about the team, but he said nothing.

Your role in the national team is slightly different. At Monaco, you are more on the wing, and with Japan more central. Is there an adaptation that takes place?

With the national team, it is easier to play, because we can speak our language. When I play here, I am usually a winger. For me, there is no difficulty in adapting to the requirements of both teams. I can play in every offensive position, so this is one of my strong points as well.

Is improving communication the key to improving here in Monaco?

Yes, and I am improving and it is getting better. At the start, it was difficult because it’s always difficult moving to a different country and a different league with a different language. Now it’s okay. I have improved and I’m feeling good.

Has the lack of game time at Monaco impacted your preparation? Do you fear losing your starting spot as a result?

I don’t know what our starting 11 will be in the first game, but now here in Monaco, I feel as though I’m getting better every week. That gives me the confidence to play in the World Cup. Of course, I want to play every game from the beginning, but I’m just focused on doing my best in each and every training session.

Would you say that your start at AS Monaco has been disappointing?

I wanted to show my best side from the beginning, but I feel as though it wasn’t easy. Lately,  and I can’t put my finger on why, I feel as though I’m improving every week. At the beginning of the season, the team was struggling as well. We were knocked out of the Champions League and we received lots of red cards also. We were unlucky. Now I try to focus on how I can help the team more. I just want to continue and help the team more and more. I’m getting better.