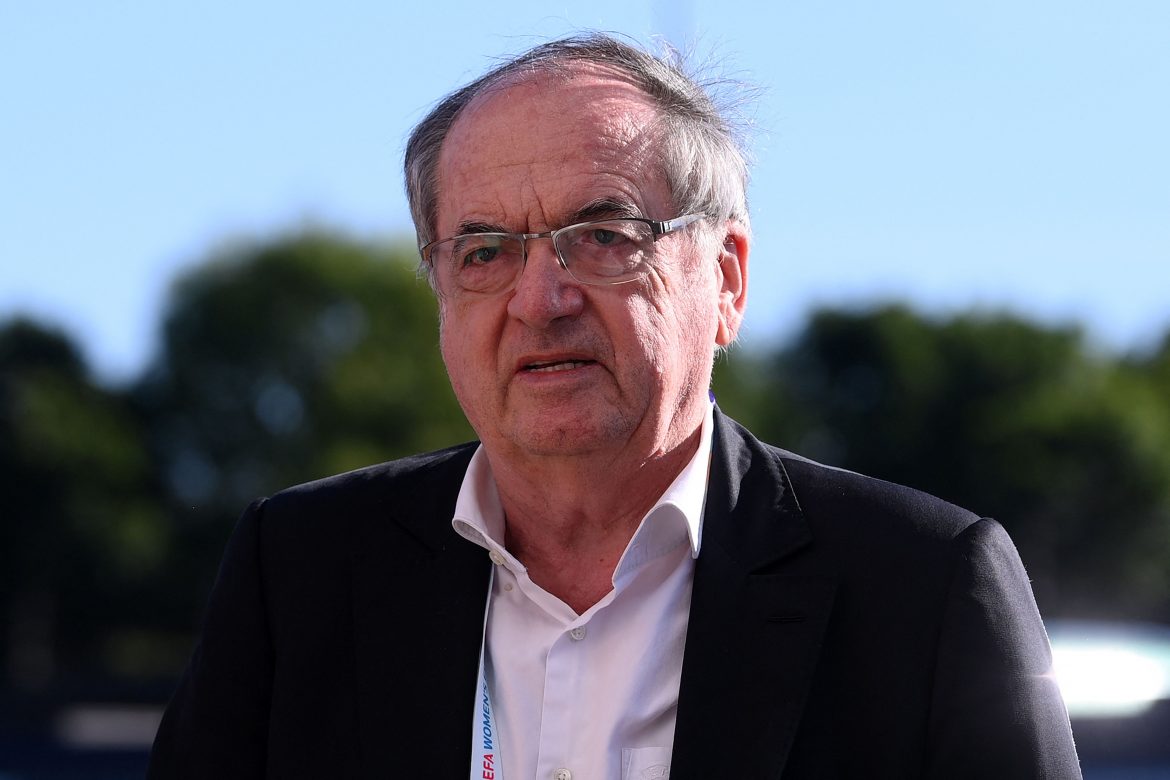 So Foot’s investigation on the French Football Federation in their issue released yesterday has claimed that president Noël Le Graët has had inappropriate behaviour towards several female coworkers, while there has been a wider culture of harassment at the FFF.

One former colleague at the FFF claimed that “it’s very simple, he jumps on anything that moves”. Several received text messages ranging from “come have dinner at mine tonight” to “I prefer blondes, so if you’re up for it…”.

So Foot’s source goes on to say that several women have resigned in the past from the FFF over sexual harassment and bullying – with Le Graët just one among a host of older men at the organisation cracking jokes about womens’ chests or the length of their dresses. These include Clairefontaine director Éric Latronico, financial director Marc Varin and legal director Jean Lapeyre.

Varin allegedly tried to kiss a young employee twice, first at an end of year dinner and the second after the draw against Denmark at the World Cup in 2018. After making a complaint to the police, the case was dismissed after an investigation.

The young woman then made a complaint against the FFF, and the ensuing case brought to light the “toxic and hostile atmosphere towards women”, with the judge noting that the FFF insisted in their exchanges with the employee that what she allegedly experienced was simply a friendly working environment which she couldn’t stand as she was new to the organisation. The woman was awarded €10,000 in damages, subject to the FFF’s ongoing appeal, as the judge considered her to indeed be a victim of bullying.

So Foot’s investigation goes on to explain that this situation meant that the FFF separated into two clans – on one side those with Noël Le Graët who wanted to keep Varin, and on the other those with Florence Hardouin, the general director since 2013. SF’s source opines that Hardouin took took advantage of the situation out of opportunism to play the feminist – “she knows how to give herself a naive and nice image, but she’s very cunning”. Hardouin reportedly said during a 2016 seminar on sexist jokes that they were part of the “folklore of football”.  The investigation alleges that her change of heart came amid tensions over her hands-on management methods, as opposed to Le Graët’s more laidback appoach.