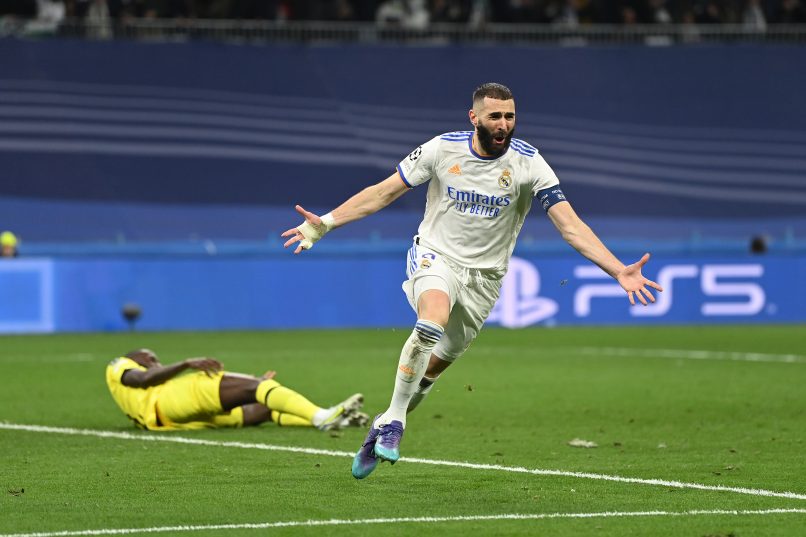 At the age of 34, Karim Benzema is proving that his best years on the pitch may still be ahead of him. The Frenchman has already hit his best tally of goals for a season, and with football still to be played in the 2021/22 campaign, he is likely to extend his record.

The Real Madrid striker is really enjoying his football under boss Carlo Ancelotti. His goals look set to help his side lift the La Liga trophy for the second time in three years. It will be Benzema’s fourth winner’s medal in Spain.

It is not just domestically where Benzema has proven his class, he has been in hot form in Europe. Real Madrid are 6/1 in the football betting odds for the Champions League this season. They are in with a strong chance of success with their star striker at their side.

Benzema has been highlighted in the football betting prediction as the player who can cause Manchester City problems over the two legs of their semi-final encounter. Prior to the semi-final of the 2021/22 Champions League, the France international had scored 12 goals in 11 games.

In the quarter-final against Chelsea, the Real man netted a hat-trick at Stamford Bridge in the opening leg of his side’s victory, while it was his goal in extra-time of that tie which ensured his side qualified through to the last four.

Benzema has already won the competition four times. If he were to help his side lift the premier European trophy again, he would become only the 11th player in history to win the Champions League/European Cup on five occasions.

France head coach Didier Deschamps controversially chose not to include Benzema in his squad for the World Cup in Russia in 2018. His decision was vindicated as Les Bleus won the tournament for the second time in their history.

Deschamps opted to bring Benzema back into the national team for the European Championship in 2021. Although France were eliminated in the last 16 of that competition, Benzema scored four times. He later went on to end the year with nine goals for his country in 13 games.

It is highly likely that Benzema will be involved once again at the upcoming major tournament in Qatar. The Real Madrid forward’s form is matched by very few in world football at the moment.

France head into the World Cup as one of the strong contenders to go all the way and defend their crown. Benzema is expected to lead their line, ahead of the likes of Kylian Mbappe and Antoine Griezmann, who may have to settle for playing in wide positions in the team.

2022 could be a massive year in Benzema’s career. If he carries his form into the next campaign, he is surely going to be in the conversation for the Ballon d’Or Award. Whatever happens at that ceremony, he has shown he remains one of the leading strikers of his generation.