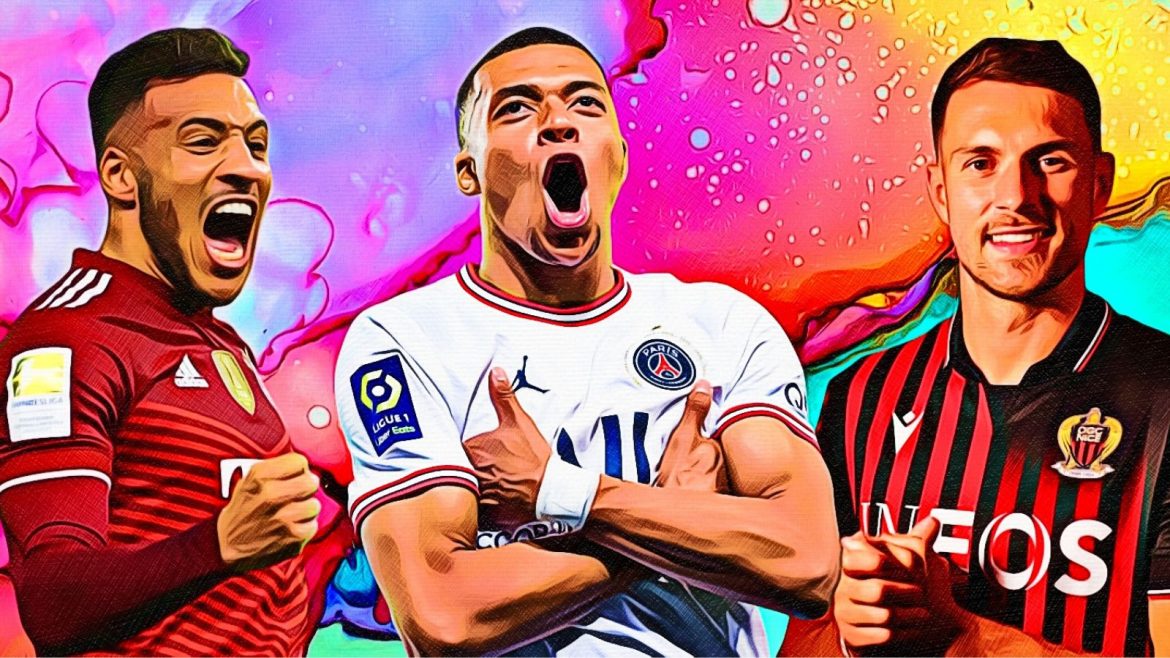 With the transfer window long closed and, for better or worse, all 20 Ligue 1 squads now solidified, until January at least, the league has settled into a rhythm this month.

Despite a new 3-4-3 system starting to creak a little of late, PSG are already imperious at the top of the table. However, Marseille, surprisingly recovering from off-season turmoil, the ever-improving Lens, led by Leicester City target Franck Haise, and surprise package Lorient, are managing to keep pace for now. Despite a lack of European football, Lyon remain erratic in pursuit, while Monaco have again suffered from failing to qualify for the Champions League groups stages. Inconsistency has kept Rennes, Nice and a new-look Lille from challenging so far. Meanwhile, as four relegation spots loom, with the league soon shrinking to 18 teams, the bottom half is already a sprawling melee of up to 12 clubs likely to be fighting the drop all year making Ligue 1 fascinating to watch.

Here is how we see a fiendishly competitive Ligue 1 season-ending, complete with in-depth analysis of each team’s transfer business, key players, strengths and weaknesses – your handbook for the season to come. Click on any club for a full appraisal from our team of experts.

1st | PSG – Christophe Galtier’s reign has started at warp speed but his 3-4-3 has looked less effective in Europe – the real test for any PSG coach. Catching Paris in Ligue 1 will be near impossible, however.

2nd | MARSEILLE – Despite moving Dimitri Payet to the fringes, Igor Tudor’s new-look Marseille have managed to build on last season by adding solidity and experience, already asserting themselves as best-of-the-rest.

3rd | MONACO – Failure in the Champions League qualifiers again hangs over the club but coach Philippe Clement proved his talent at the end of last season and few teams boast the attacking talent at his disposal. Anything less than the podium would be a disaster.

4th | LYON – Coach Peter Bosz is still searching for balance as his flaky OL side remain too easily flustered defensively. However, no European distractions and the quality of returning heroes Alexandre Lacazette and Coretin Tolisso will make them Champions League contenders, with or without Bosz.

5th | RENNES – Last season’s fluidity has only fleetingly been seen as Rennes continue to struggle against their direct rivals while, crucially, replacing centre-back Nayef Aguerd may prove impossible, but their attacking talent is difficult to match.

6th | NICE – A fractious summer resulted in a lack of targeted recruitment but Nice ended up with a strong squad on paper. Finding a place for everyone and helping an eclectic group blend will nevertheless be tricky for returning coach Lucien Favre.

7th | LENS – Speedy and precise summer business helped a lightning start for the ever-impressive Franck Haise and Lens. Finding a way to overcome the same tiredness of last season post-Christmas will be key if they’re to maintain a European challenge.

8th | LILLE – Paulo Fonseca’s new-look side are finally moving on from the 2021 title triumph. No European football and some exciting additions will make LOSC a threat but their best may have to wait for next season after so many changes.

9th | MONTPELLIER – With Téji Savanier, anything is possible. The MHSC captain, arguably the league’s best player outside Paris, has been joined by some astute summer signings. Although consistency remains an issue, Olivier Dall’Oglio’s side will be fun to watch.

11th | STRASBOURG – Early season struggles suggest maintaining another European challenge for Julien Stéphan’s attacking yet functional side will be tricky, although widespread injuries have been a major hinderance so far.

13th | TOULOUSE – Despite keeping much the same side that won Ligue 2 with ease last season, TFC have adapted well to Ligue 1 so far as a technically gifted team who play expansive football – they could become a neutral’s favourite.

14th | BREST – Despite already losing 7-0 this season, a workmanlike but effective Brest under the wily Michel Der Zakarian should steer clear of the drop once more. However, that extra relegation spot will have fans concerned.

15th | REIMS – Having dramatically pivoted towards promoting promising players from their academy to much success last season, Reims’ youngsters will look to take another leap forward. Replacing Hugo Ekitike’s goals will be tough, however.

16th | TROYES – The City Group’s latest members have the resources and the access to quality players that their rivals can’t match. It should be enough to help Ligue 1’s most under-the-radar team quietly survive once more.

17th | AUXERRE – Despite boasting some of the second-tier top talents, AJA may struggle to adapt to top-flight football longer term and have already been exposed in some heavy defeats.

18th | CLERMONT – Much like last season, Clermont have started well, but, while it was enough to seem them (barely) survive in May, their understrength squad, despite some promising form from some unheralded signings, may simply lack the quality to stay up again.

19th | ANGERS – Working within a tight transfer budget and attempting a major squad overhaul in the same summer make for a worrying combination. Underpowered, it may be time for Angers’ dream Ligue 1 run to end.

20th | AJACCIO – Having struggled to improve their team this summer, only adding slowing Ligue 1 veterans, Olivier Pantaloni is left with a side that overachieved by even challenging for promotion from Ligue 2. Anything other than relegation seems fanciful.

An updated PDF version of the GFFN 22/23 Ligue 1 Handbook will also be available soon.