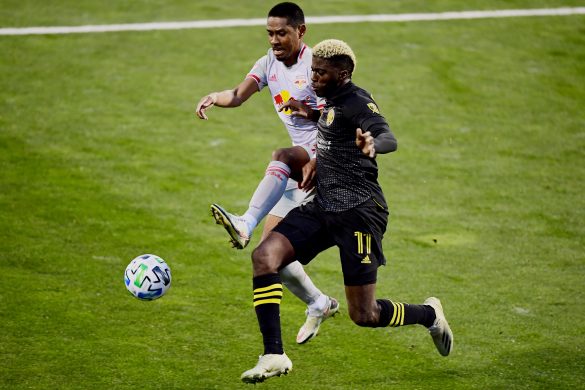 RMC Sport report this afternoon that French left-back Jason Pendant is set to return from his spell at New York Red Bulls, as he closes in on a move to Ligue 2 outfit Quevilly-Rouen.

His decision to join the Normandy team is said to have been influenced by the club’s overall window, which to him seemed more coherent than that of the other clubs who had submitted offers to the defender.

The 25-year-old first came up through the youth academy at another second-tier side in Sochaux and spent four seasons with the club before moving across the pond.

The former French youth international will have made 29 appearances in total for the American side’s first team, during which time he registered two assists. This calendar year saw him play five times in the MLS, as well as racking up 18 games for the reserve team.

Queville start their 2022/23 campaign at home to Rodez, two weeks after they travel to the capital for a pre-season friendly against Paris Saint-Germain.