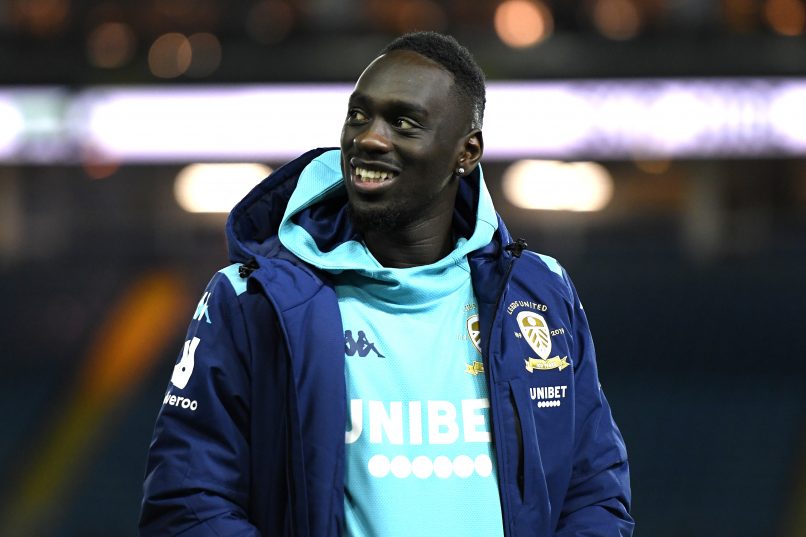 Ouest-France have revealed that 24-year-old French attacker Jean-Kévin Augustin’s absence from professional competition was due to a bout of long COVID and subsequent diagnosis of Guillain-Barré syndrome. The regional paper have tracked the striker’s 14-month recovery which culminated in his return to the professional side this month.

Having signed for Nantes in October of 2020, by December he had made two short Ligue 1 appearances and had been separated from manager Christian Gourcuff’s training sessions to be put on a individual plan. The club’s physio had scheduled two sessions a day for the forward to return to fitness, but Augustin’s physical condition meant that any efforts were difficult, which also meant his mental health took a hit.

Reserve team manager Pierre Aristouy explained that for the forward, “Everything was very difficult – running, making efforts, controlling a ball, finding his bearings. He had motor functions problems. We were under the impression that everything was going by too quickly for him. He was very sad and it was difficult for us”. After a litany of tests, it was discovered that the former Leeds man was suffering from long COVID and had contracted Guillain-Barré syndrome, a condition causing muscle weakness. In Augustin’s case, this acted in particular on his calves and feet. Nevertheless, having identified the issue he was able to begin proper treatment.

During this time, Augustin acted as a “big brother” in the reserves team, picking up younger players on the way to training to avoid them being late. He would give the young players advice, asking them to be patient and listen to their manager. His teammates during this time explain that the forward sought to downplay his achievements so far and never acted as if he were above the reserves. He bought the training room’s portable speakers, bought the team breakfast and called up teammates who had been transferred elsewhere to ask them how they were settling in. Aristouy concludes that “he was very classy”.

The road to recovery was long – he would improve with every training session, but every time the workload increased he would end up back in the physio’s hands. On returning with the reserves last summer, his level was still far below what was required. New reserve manager Stéphane Ziani nevertheless noted that although Augustin was “nothing“, he was “leading by example” and “taken things in hand“.

The striker had hired a personal trainer and chef, and with no set return date in sight – although all eyes were fixed on January – the next five months would be series of steps forwards and setbacks. He would eventually be given 15 minutes of playing time in November against Trélissac, before another three hour-long appearances. Slowly, his explosiveness and positioning returned. By January, he was tracking back and closing down spaces – tasks which he previously hadn’t had to do at PSG. Aristouy noted that “he is light-years away from what he was doing in April, he’s become a football player again”.

Augustin made his long-awaited return to the first-team squad last week, as Antoine Kombouaré included him in the squad to face Nice and gave him a ten-minute cameo. It was a short spell that saw him take a shot, but nonetheless a major step forward. Ziani, on watching him play against Andrézieux, noted that “behind the player, it was the man that needed to be saved, and football was just a means to that”.

Former reserves teammate Charly Jan explains that “he always told me that he had something to do here”. “He works hard, he never let go. He has real force of character as well”.