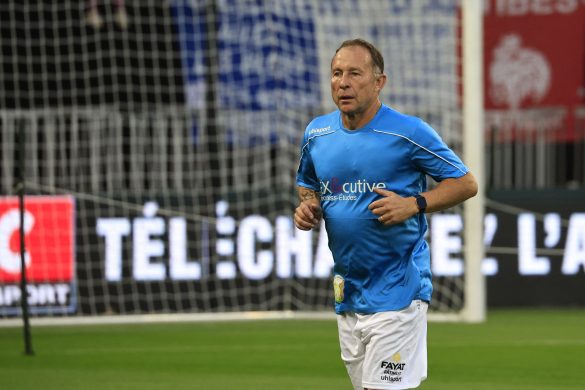 At his press conference yesterday, Marseille club president Pablo Longoria has announced that club legend and 1991 Ballon d’Or winner Jean-Pierre Papin would be returning to the club, although his exact role has yet to be indicated.

The former striker was in the stands at OM games on a number of occasions in the last few weeks, and his return has now been made official. Longoria has explained that Papin will travel with the squad to their training camp in Spain during the World Cup.

The president has indicated that Papin will be present at all Marseille games and be in contact with himself as well as director David Friio and Javier Ribalta on a daily basis. Longoria says that he wanted to bring in a figure from the club’s history as he and the other Spanish directors “don’t have those small details”. “When I leave this club, nobody will remember who I was in five years’ time. But in 100 years, everyone will remember Jean-Pierre Papin. He’s going to be in contact with the players.”

One of the tasks Papin will be assigned is to work on the club’s youth academy by finding the best talents in the area and helping them develop.