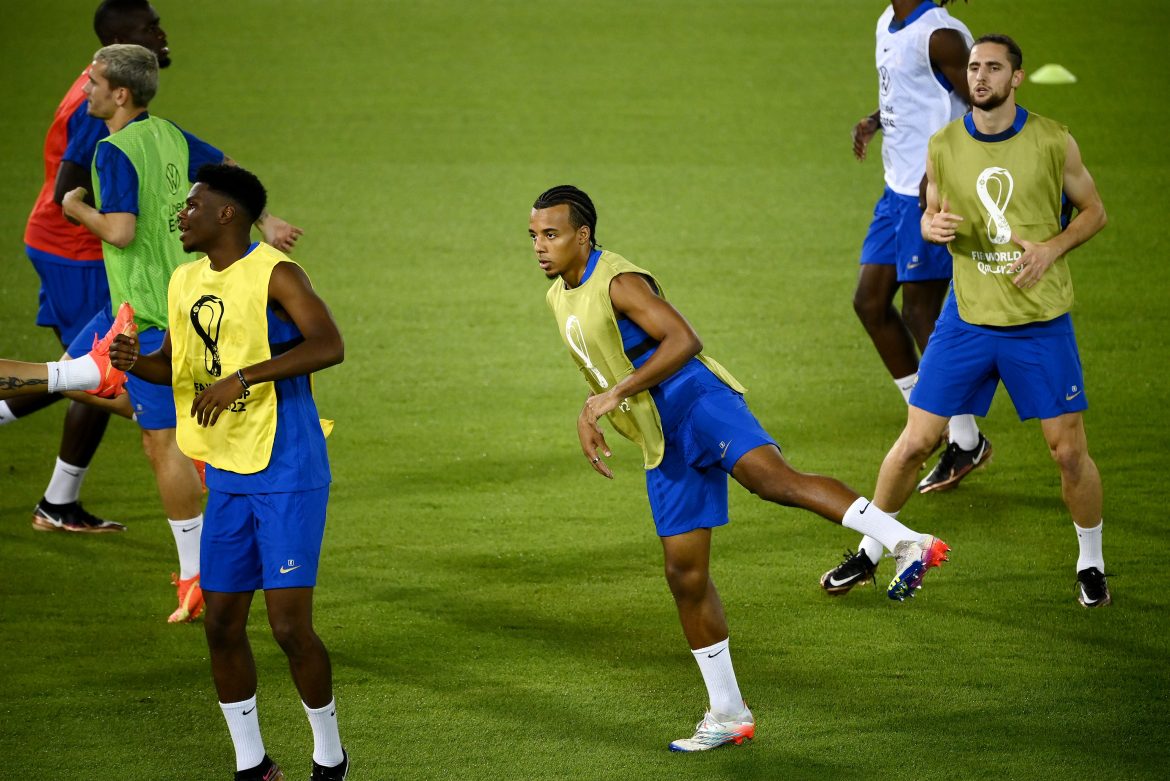 L’Équipe report tonight that the France coaching staff are considering a tactical change for Saturday night’s match against Denmark, which would consist of a right wing made up of Jules Koundé in defence, Adrien Rabiot in midfield and Ousmane Dembélé up front.

Benjamin Pavard’s middling performance on Tuesday – notably on the opening Australian goal, where he lost his marker – could cost him his place, with Deschamps unhappy and Dembélé said to be lamenting how long it would take for the Bayern Munich man to get the ball to him.

The staff are considering placing Adrien Rabiot in the right midfield spot instead of Antoine Griezmann, with the Atlético Madrid man predictably leaving some spaces in behind him in the opening game, as he got to grips with a new all-action role. Moving forward, Kingsley Coman, who is currently recovering from a muscle knock, could well be used in the position, having taken up defensive duties in past matches for Les Bleus in recent years.