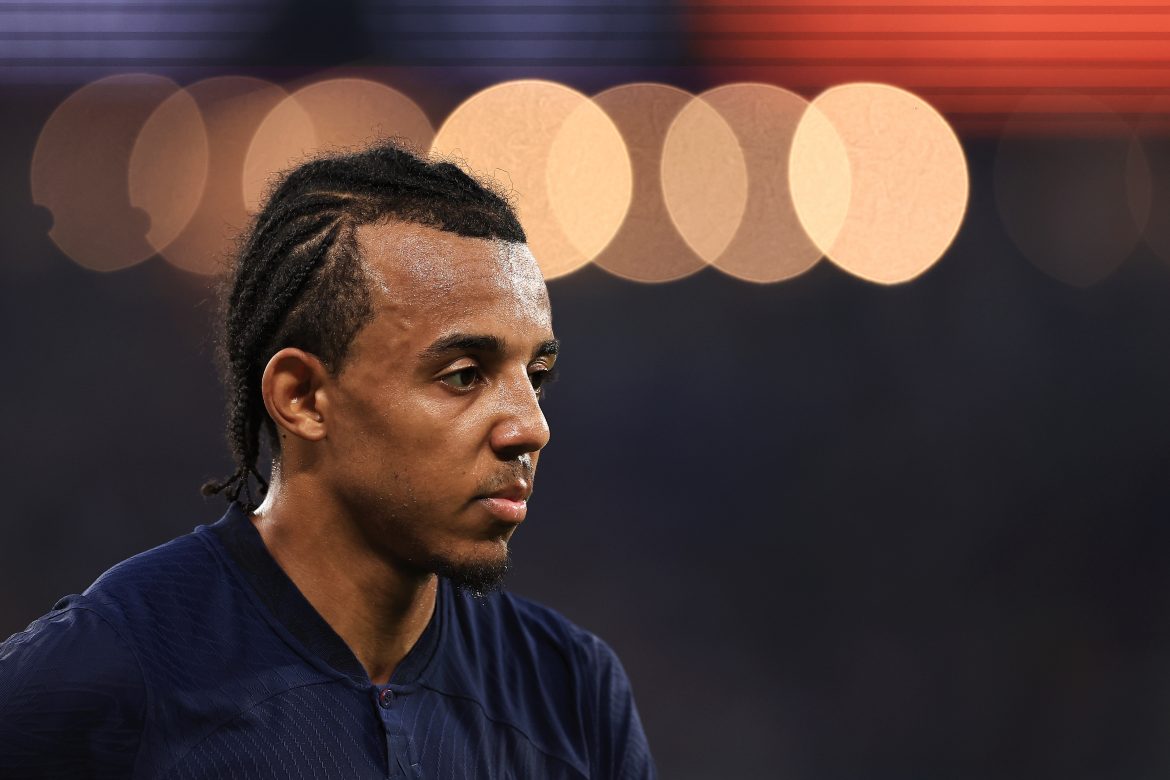 Speaking at the French team’s daily press conference this afternoon, defender Jules Koundé notably spoke about taking up right-back duties, despite preferring the centre-back role, and his competition for a starting spot with Benjamin Pavard.

The former Bordeaux man started in the win over Denmark, with Pavard having been dropped after a middling performance in the opening match against Australia notably saw him lose his marker in the early goal that France conceded, before going on to win 4-1.

As transcribed by RMC, Koundé explains that he accepted that he would be playing the role before the start of the tournament, and that although there are still areas where he could improve in – notably going forward – he believes he is gaining confidence in the position.

He describes the competition with Pavard as “healthy” and says that they discuss the role with each other, with neither being a specialist right-back but both willing to help the team out in that position.

“I’ve always tried to do my best on the right, I never go there reluctantly, I’m improving, especially in attack, but I’m not reticent. On the left would be a whole other position, we’ll see what the coach decides. If I’m to play on the left then I’ll do my best.”