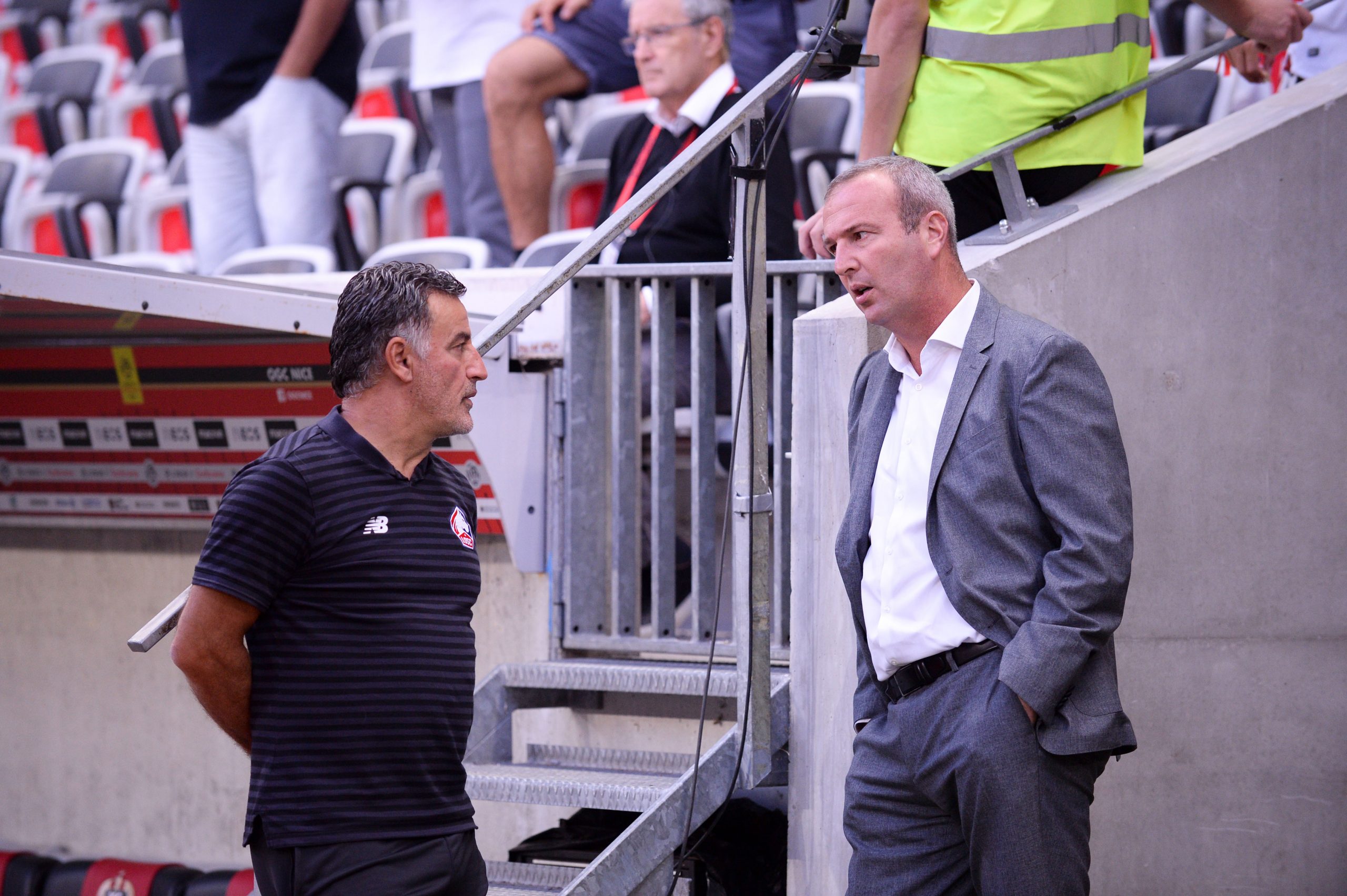 In speaking with L’Équipe, OGC Nice director of football, sensationally, did not hold back in his criticism of coach Christophe Galtier after the team finished fifth and only just sneaked into Europe, saying: “You never know a person until you’ve worked with them.”

Christophe Galtier found your winter transfer window to be unsuccessful with not enough experienced players signed. What do you think?
That’s giving yourself an excuse – sometimes to escape from reality. This team, as it is, could have had better results – with more attacking momentum and sometimes more courage. That is his reading. I find it – especially when considering Billal (Brahimi, January signing) – very tough, not fair at all. Ironically, it was he who crossed for the third goal in the last match [3-2 at Reims, which took Nice into Europe]. That is his reading of events… I think he also could have performed better.

You’ve always mainly signed young, inexpensive players that your club could develop. Christophe Galtier has always preferred more experienced players. In hindsight, was it the right decision to bring him in with this recruitment model?
This is a very relevant question, but it forgets the context in which we made such decisions. We were coming out of two seasons where observers said we lacked character, and aggressiveness – and this club needed that. Obviously, this question you’re asking, we also asked ourselves, and we mentioned it to Christophe: “Christophe, we’ve always built our teams in a 4-3-3, you use a 4-4-2, can all the players we have fit in?” “Ah yes, [Alexis] Claude-Maurice can play there. Dolberg, I love him…” We needed to bring in a positive leader… Someone who wants to win and we knew that, in terms of our game, it would be a small shift in our DNA… But it was a bigger risk, at the time, to bring in Claude Puel, who revolutionised the club, and who had the DNA of fighting with experienced players. In all decisions, there are risks. And I think that, if Christophe had given his full measure with the qualities he has, we would be delighted right now.

How do you explain the last two months, which have badly affected the season?
I think there’s been a lot of negativity around the team. Christophe was extremely successful in Lille [but] as happens to some players too, he performed less well for us. We expect him, next season, to be more efficient, especially in the offensive aspects. Let’s take the quality of our attacking players, individually. We have the ninth-best attack in Ligue 1. I think that, of the eight teams who are in front of us, there are those who would’ve liked to have our attacking force. When I look at the second half of the season, there were very few games that we controlled. We scored with individual moments, sometimes at the last moment. It means that, individually, our players have talent. But we had no collective strength.

Do you regret having chosen Christophe Galtier last spring?
No, because if I was in the same situation as last year again, I would make the same decision. But you never know a person until you’ve worked with them.

OGC Nice director Julien Fournier on his future: “Maybe in September they’ll want to work with someone else.”