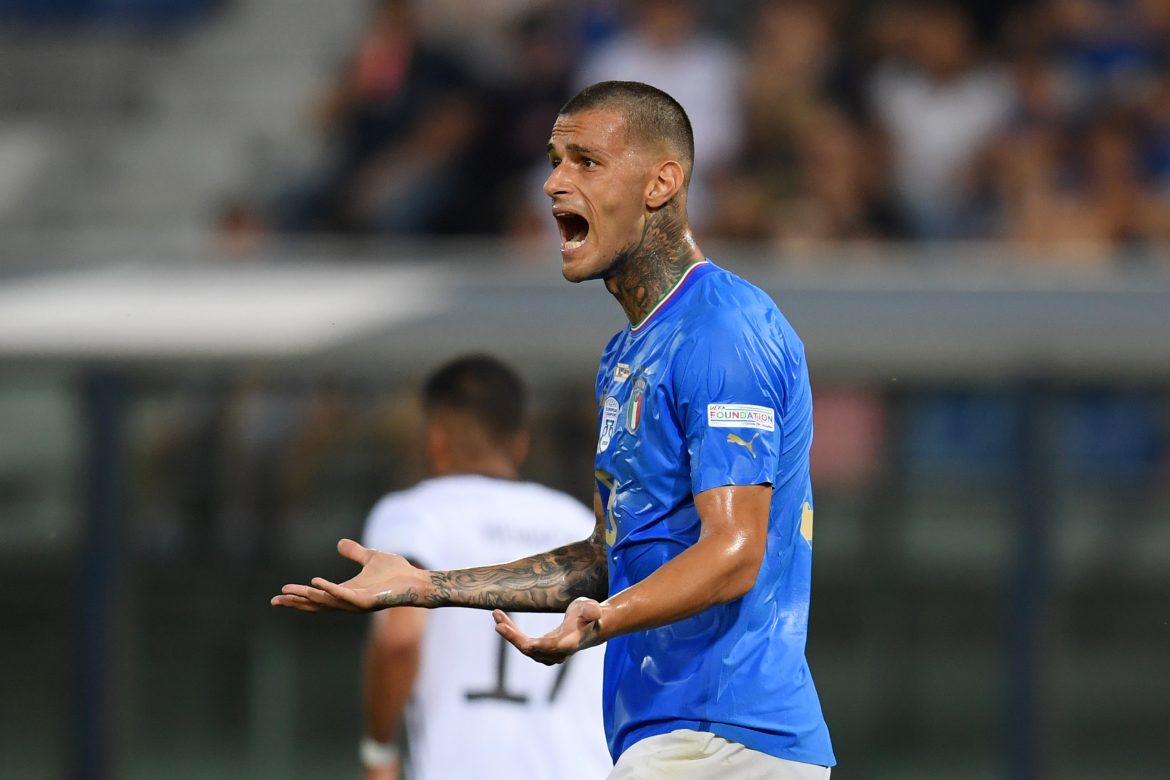 Juventus became the latest club to join the race for Sassuolo striker Gianluca Scamacca (23), adding to the interest shown by PSG and West Ham, according to Ignazio Genuardi.

The Italian side only side signed Dusan Vlahović (22) in January for over £70m, but they are now looking for another high-profile acquisition to partner the Serb.

Sources contacted by Get French Football News revealed last month that Scamacca has an agreement in principle for a move to PSG. However, as reported by Fabrizio Romano, they are unwilling to match Sassuolo’s €50m asking price and are therefore beginning to look for alternatives, such as Benfica’s Gonçalo Ramos (21).

Get French Football News first revealed West Ham’s attempts to hijack PSG’s deal for Scamacca and were prepared to outbid the Parisian side. However, for now, he isn’t interested in joining up with David Moyes’ side.

Juventus are the latest side to join the race for the Italian international striker, who scored 16 Serie A goals last season.