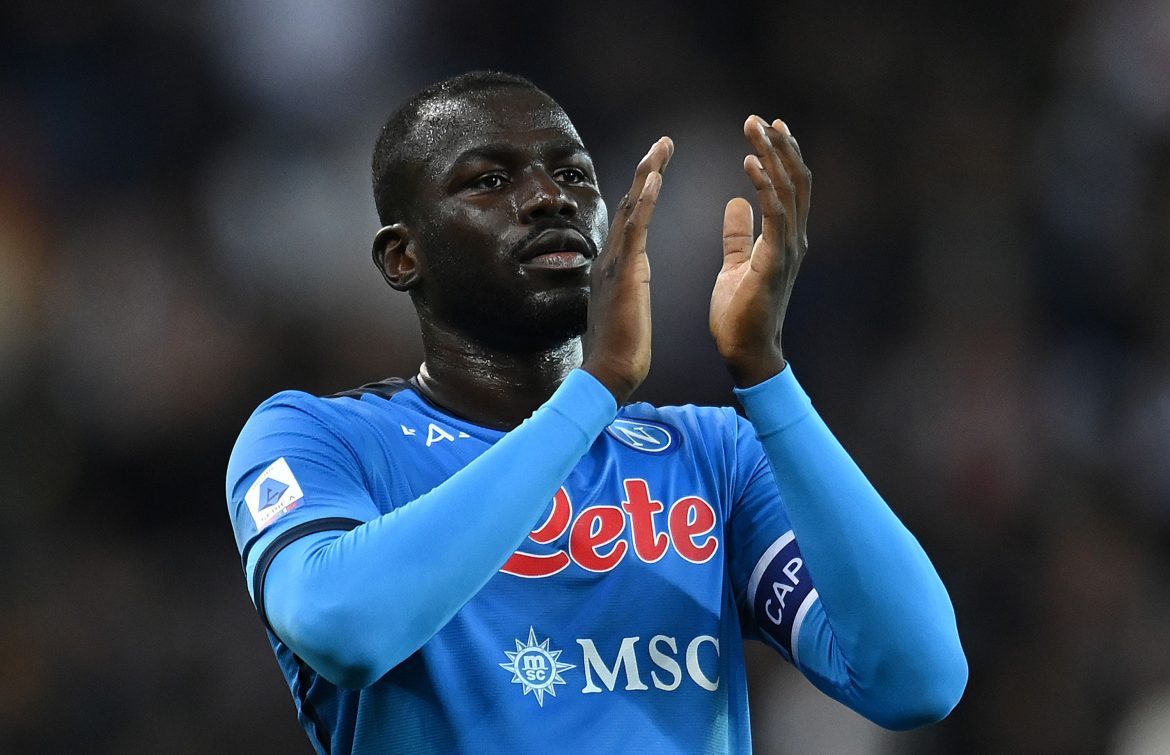 As reported by Fabrice Hawkins, Napoli defender Kalidou Koulibaly is on the verge of joining Chelsea this summer transfer window.

The 31-year-old Senegalese centre-back is expected to sign on in London for three years while Chelsea will pay a €40m transfer fee. The player has been a long-term target for PSG and Barcelona, but both are set to miss out on his signing.

Paris’ new sporting director Luis Campos reportedly spoke with Napoli around a month ago about a move while Barcelona have been repeatedly linked in recent times with a €35m move discussed. Juventus have also been reported as keen.

Napoli have been demanding a €40m fee, however, which Chelsea are now set to pay despite the Italian side also attempting to keep the player. An offer of a €5m-per-year contract was made, but president Aurelio De Laurentiis was reluctant to overpay to keep the centre-back after eight seasons and 317 outings for the club.

As it stands, the Senegalese defender has just a year left to run on his current contract in Italy.