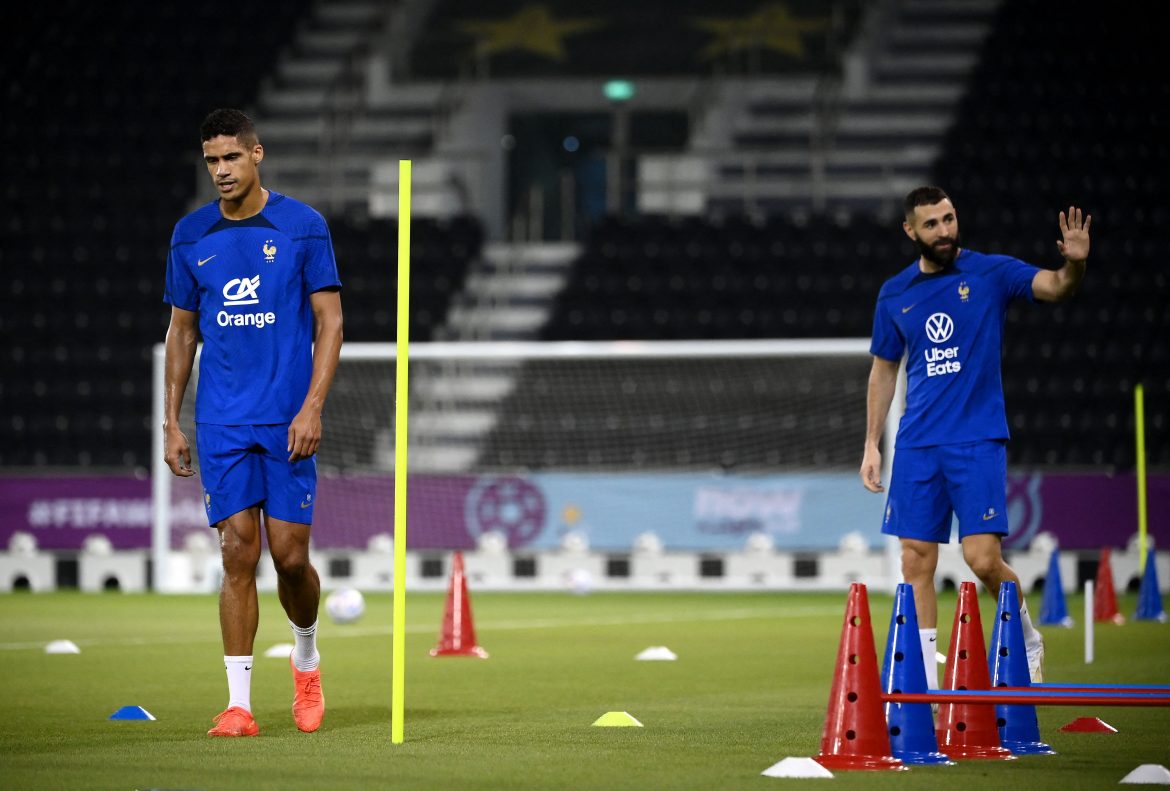 As reported by Téléfoot and L’Équipe this evening, both Karim Benzema and Raphaël Varane have made their return to full training in today’s session, as the France side gear up for the World Cup opener against Australia.

The former Real Madrid teammates have both been recovering from injury and were doubts in the lead-up to the tournament. The Ballon d’Or winner had only played 26 minutes of club action and was suffering from knee and hamstring pains this past week, while Varane had picked up a thigh injury in a draw between Manchester United and Chelsea, which he has ostensibly now recovered from.

Both players had taken part in yesterday’s warm-up with the rest of the team, which was again the case tonight before they stayed on with the squad to see out the training session. It remains to be seen whether both can now make a return to match fitness in time for Tuesday’s match, but the news will allow Les Bleus to be back to their full complement looking ahead to the rest of the tournament.