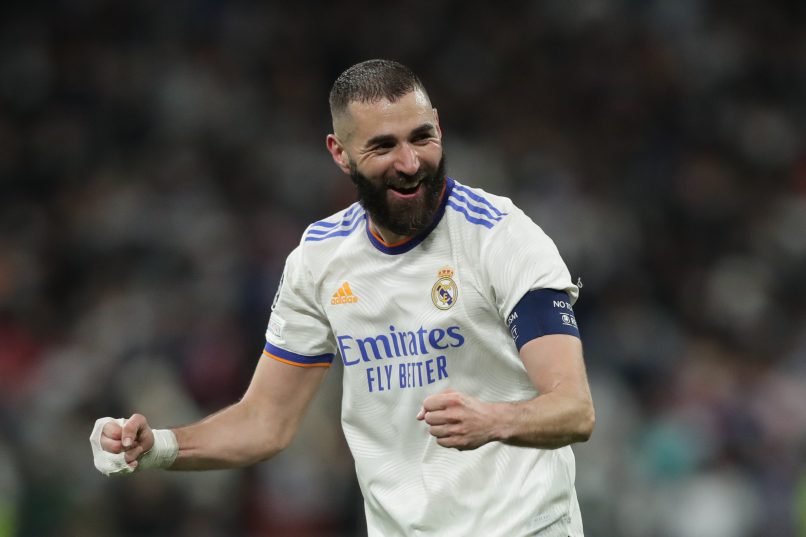 In his interview published in today’s L’Équipe, Real Madrid and France striker Karim Benzema notably discusses his return to the French national team and his ambitions with Les Bleus.

The forward also speaks of his relationship with Kylian Mbappé, once again pointing out that he would like to see the Paris Saint-Germain man with him in Spain next season.

How would you judge the last year, since your return to the national team in June 2021?

Honestly, very good. There have been goals, assists, some great games with some good play, a trophy [Nations League]… I’m happy.

There’s also been a new system with the 3-4-1-2 formation. How would you analyse it?

People think it’s a defensive system because there are three central defenders, but it’s attacking. Ultra-attacking, even. The wing-backs are forwards. I like this system because I can go everywhere, left, right, deep… I play exactly like at Madrid, with a lot of freedom. That’s why I’m enjoying myself and doing well.

It’s also been a case of adapting with your teammates

Yes, and that’s the main thing for me. I precisely analyse everyone’s game to see where they’ll go in different situations. I get on well with Mbappé because we know what the other’s going to do. For example, we can both go to the left but we’ll never be there at the same time – the other one will go into the middle or sit deep.

Could he be the third piece of Real Madrid’s attack, along with you and Vinicius?

Yes, I often say it. I play with him in the national team and I’d like to do so in club football. I think we would score double the goals. Maybe even triple! [laughs]

Are you impressed by Les Bleus’ attacking potential?

All the players are in big European clubs and there’s great richness in terms of player profiles. Each player is different and that’s what’s interesting. You can count on the starters, and when they go off you can bring on other players who could also be starters.

A guy like Ousmane Dembélé, who I really like, can destabilise, play one-touch, and puts in great crosses. Coman is different, he brings a lot of speed when he goes out wide. Ben Yedder is also different, he likes to have the ball at his feet and play on the offside limit. Giroud used to be a target man, nowadays he still has that quality but he can also come into the game a bit. You can use him for support but he needs crosses. We all know about Griezmann’s immense qualities, he’s a top player in the world. There’s an embarrassment of riches with Les Bleus – you can play three attackers or another three.

Would you like to make history with France the same way you have with Real Madrid?

For starters, for me, coming back after five years was something of an event. It was really memorable, because I never gave up. Then I won a trophy and that was really important for me. Now, there’s a World Cup coming up and I need to try and do something big. Only afterwards will we see if I am in France history or not. But I don’t play football while telling myself, “I need to make history with Les Bleus”. I play to enjoy myself.

How many am I at?

So I need 15. That’s alright then, there’s not too much of a difference. In any case, all records are broken eventually. Those of others but also mine.