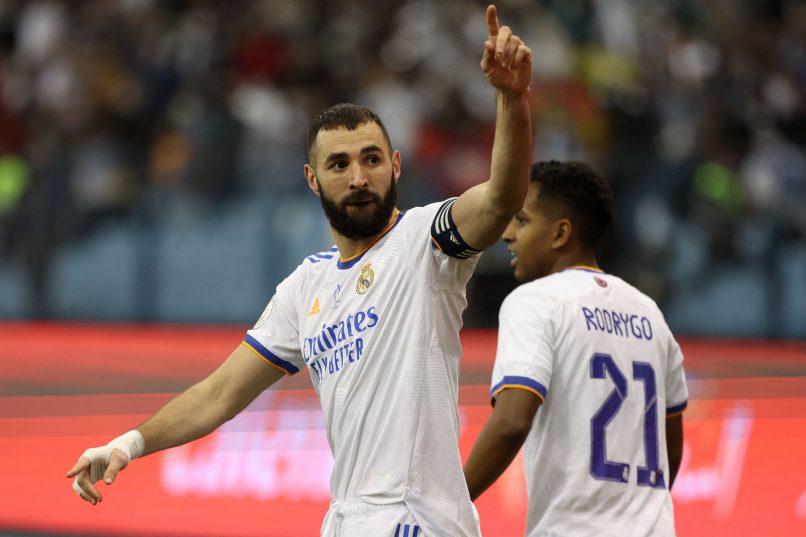 In an interview broadcast in this Sunday’s Téléfoot, France and Real Madrid striker Karim Benzema discussed a range of topics, from his return to the French national team, his relationship on his fellow Bordeaux forwards, and Les Bleus’ chances in 2022.

“I came back to the France team and won that trophy [Nations League]. I’m happy and proud. The French national team has allowed me to reach even higher still, to show even more things.”

“When the manager [Didier Deschamps] called out my name – I won’t say that it was weird, but I was very emotional. [On his welcome back into the squad] I knew it would be like that, of course it was exceptionnal because it’s always great to be welcomed in like that. I wouldn’t say I was worried about returning but there was a lot of emotion. The supporters were waiting for me, they had wanted me to return for a while.”

“[This year, despite the Euros] We showed character. There were two matches where we were losing, and we came back. For me, it remains a very good year.”

“[On the Nations League] A trophy is a trophy. People can go and say whatever they want. Trophies are there to be won, to go and get them.”

“[On the qualifier against Finland, Griezmann double] In that match, our understanding was perfect because he got his one-touch game back. That’s where he is very good!”

“[On Mbappé] Kylian and I see football in the same way – quick, one touch, two touches. If there are moments where he can cross it, he crosses it; if he can shoot, he shoots. That’s why he’s one of the best.”

“[On France’s 2022 World Cup chances] You have to put France as the favourites, that’s obligatory. Because of our quality on the pitch, what we’re showing in our clubs and in the national team, we’re showing that we can be the best.”

“Every match is difficult. You can’t win on paper. What you show on the pitch is what speaks for itself. But I have absolute faith in this squad.”