Karim Benzema to miss up to three weeks with thigh injury 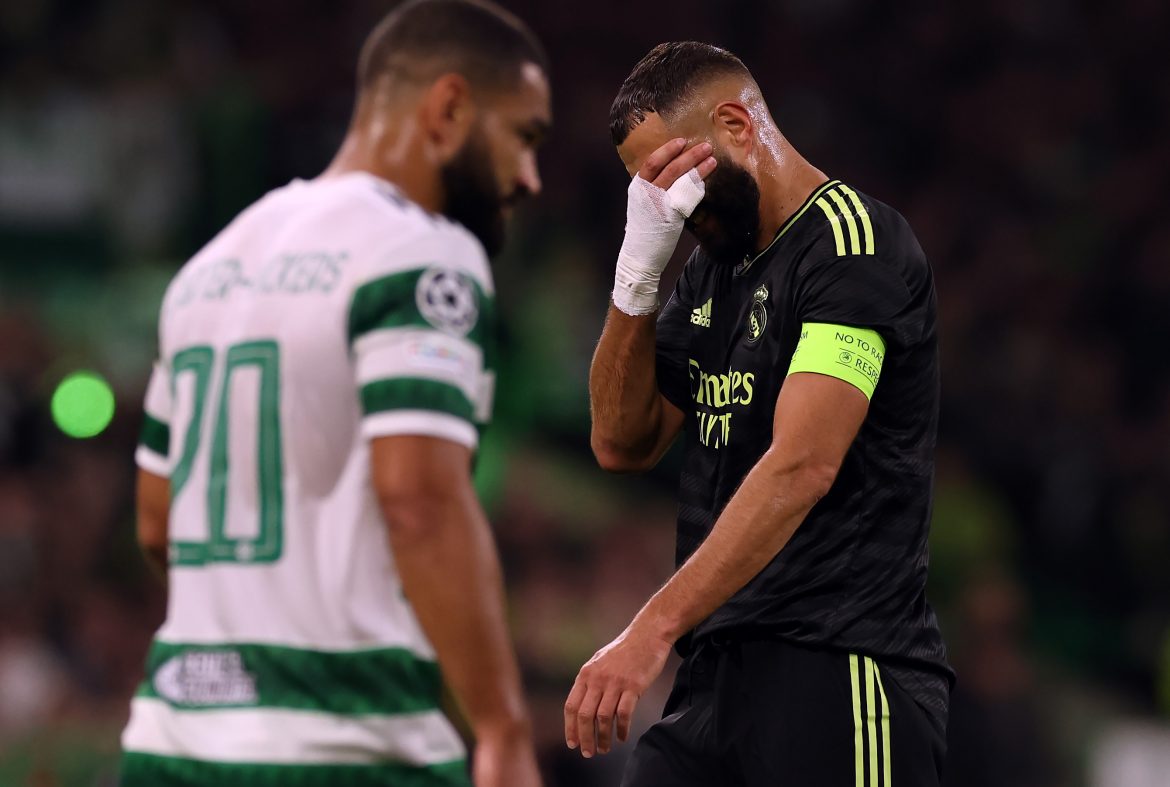 L’Équipe report this afternoon that Karim Benzema is set to be absent for the next ten to twenty days after picking up a right thigh injury in Real Madrid win over Celtic in the Champions League last night.

The issue means that the striker could be set to miss the upcoming international break at the end of the month, as well as the Madrid derby against Atlético on September 18. Didier Deschamps will announce his squad to face Austria and Denmark next Thursday afternoon.

The Ballon d’Or favourite went off on the half hour mark in Glasgow, and this afternoon underwent scans which confirmed the thigh issue but ruled out a meniscus injury, which was initially feared by the La Liga champions. He will in any case be out for the match against Mallorca on Sunday and next week’s Champions League clash against Leipzig. The Frenchman is expected to make his comeback for the match against Osasuna, on October 2.

Rennes manager Bruno Genesio: “Our politicians have a bigger responsibility than any coach”