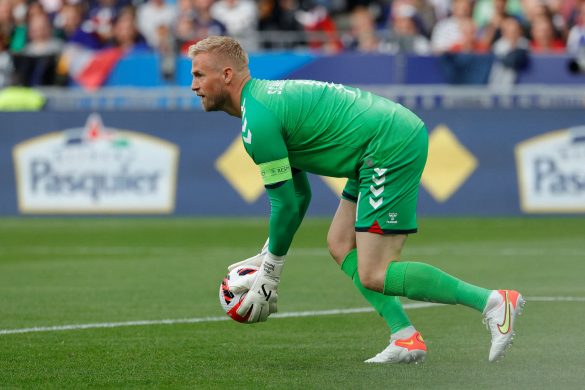 Santi Aouna of Foot Mercato reports this afternoon that Kasper Schmeichel is set to undergo his medical on Wednesday ahead of a move from Leicester to Nice.

The Danish international will sign a three-year contract with Les Aiglons, as he leaves the Premier League side after an eleven-year spell during which he notably won the 2015/16 Premier League title and reached the Champions League quarter finals.

An agreement was reached between the two clubs over a €1m fee, which excludes potential add-ons of which several would be activated if Nice qualify for the Champions League.

The goalkeeper had agreed to join the Ligue 1 club last week after initially giving himself time to think about the offer, while Leicester appeared to be unwilling to let him go at first until they found a replacement number one.

The Dane arrives as a replacement for the Franco-Argentine Walter Benítez, who left on a free transfer to PSV Eindhoven, while initial target Yann Sommer changed his mind on joining despite having a contract offer on the table.and a fee being agreed with Borussia Mönchengladbach.