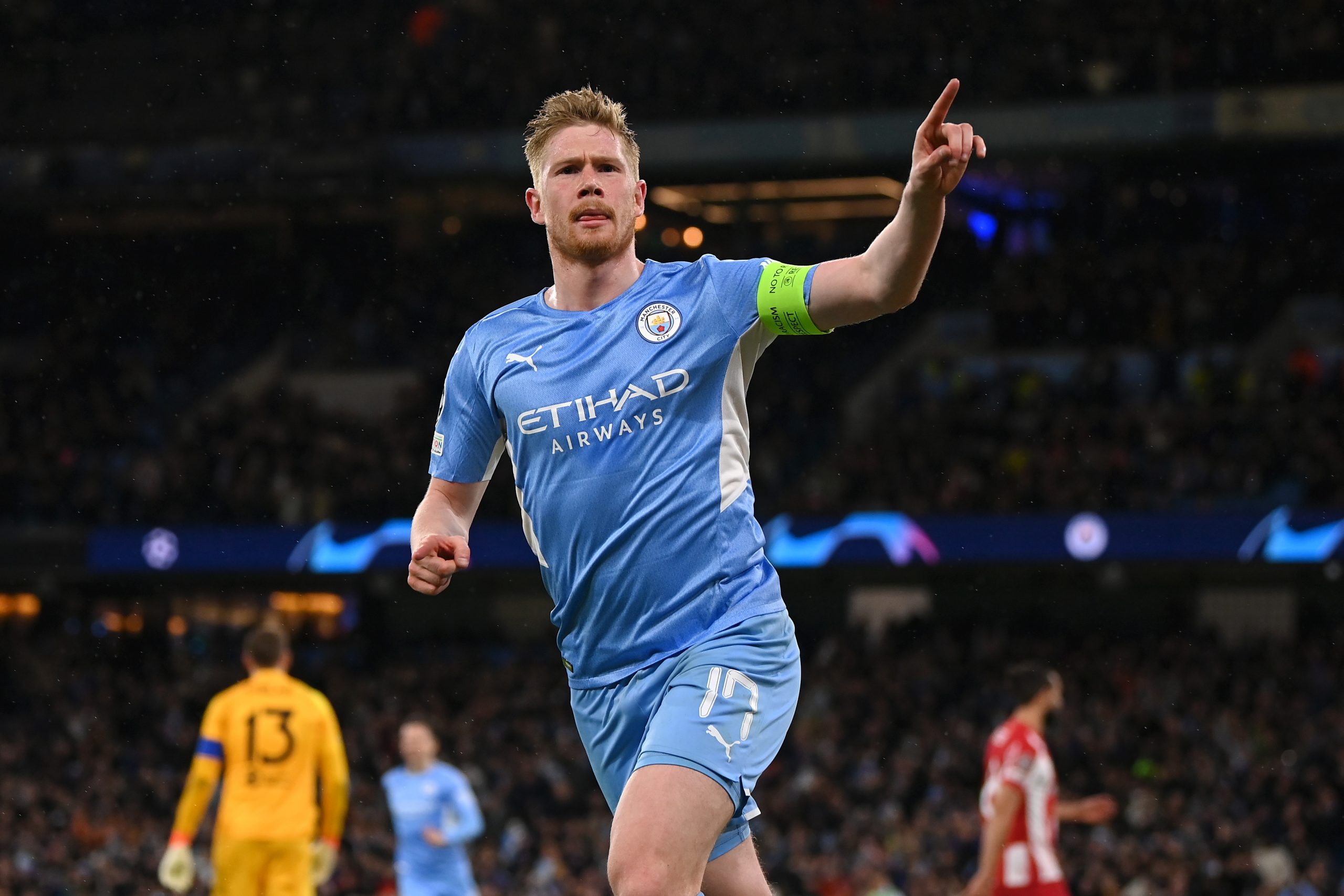 Following Manchester City’s 1-0 victory over Atlético Madrid in the first leg of the Champions Leg quarter-finals last night, Belgian midfielder Kevin de Bruyne spoke to Canal+ in French about the match, as well as the upcoming run of games, which includes Liverpool this weekend and then Atlético in the second leg next week.

What was the key against this team?

“As you said, you have to be patient. You have to try not to take too many risks. The first half was hard but we gave them nothing, which is good. I think in the second half, we found a bit of space at times. We had a few chances, a few shots on target and we scored a good goal.”

How do you see the second leg playing out?

“I think at the start, the same will happen. After that, it’ll depend on the score but if it stays at 0-0 or if we score, to make it 1-0, they’ll have to come forward. It’s an all-or-nothing match.”

With Liverpool on Sunday, this series of games is incredible, no?

“Yes, but it’s what we want. If you want to play for titles, there are going to be matches like these at the end of the season. It’s a big match, we know, but win or lose, there’s still a lot to play for afterwards.”