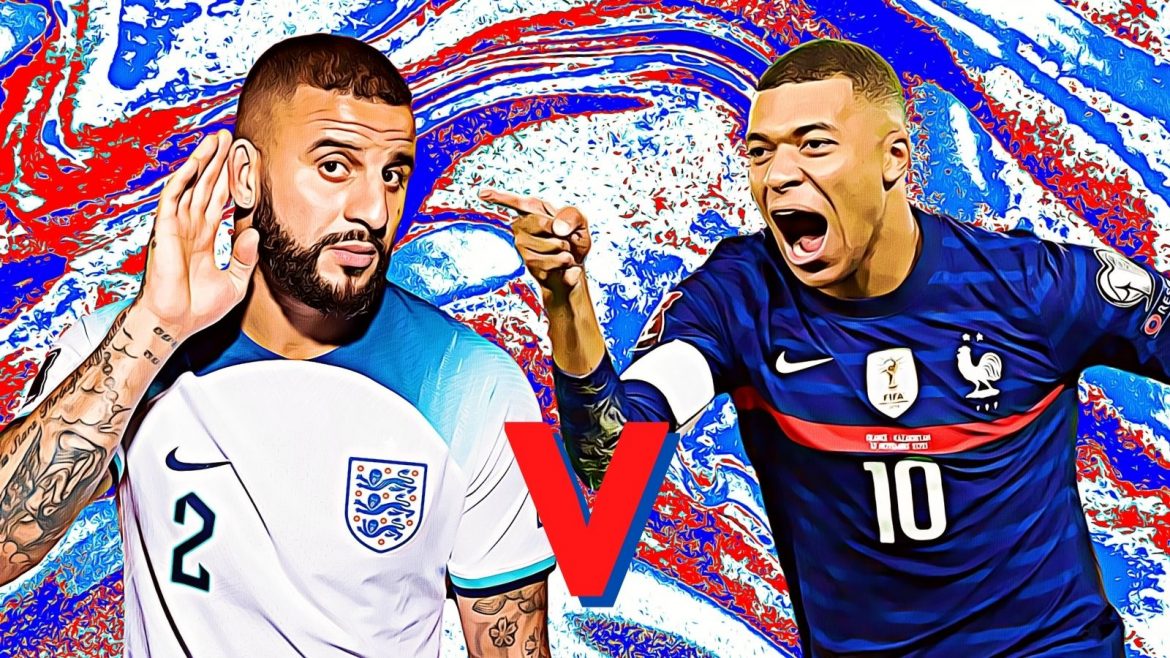 Both on and off the football pitch, battles between the English and the French are nothing new. The cross-channel neighbours are poised to face off again on Saturday, but one duel, in particular, stands out.

Speaking with Sky Sports, former England right-back Gary Neville said: “We’ve got the best right back in the world to deal with Kylian Mbappé”. That right-back is Kyle Walker. At present, it is hard to argue that there is anyone better than France’s number 10 in the world. At the time of writing, he leads the World Cup scoring charts, with five goals, and has 23 goal contributions in his last 14 appearances for Les Bleus. Beyond his emphatic efficiency in front of goal, the Bondy-born forward has shown he can be devastating with the ball at his feet.

Mbappé has completed the second most dribbles at the tournament so far with 13, only trailing Germany’s Jamal Musiala. He also leads the way for shot-creating actions at the World Cup – four of those were from dribbles. In contrast, Walker has only been dribbled past once in his two appearances at the tournament. Watford’s Ismaila Sarr was the culprit. The Senegalese winger caused the Manchester City defender some problems, his impressive speed made things difficult for Walker. There is no question that Walker is a brilliant defender at his best, but he was a fitness doubt coming into the tournament meaning he may be short of full-match sharpness. Against Mbappé, this could be decisive, considering the Frenchman has arguably never been in better form.

Walker’s experience and know-how stand him in good stead to face Mbappé. Not many defenders have faced off against so many of Europe’s top attackers, but Walker has, including Mbappé. However, since battle between the pair last commenced, a year prior in the Champions League, while the PSG forward of course remains immensely quick, Walker, now 32, has somewhat regressed in his sharpness against the explosiveness of a forward like Mbappé.

The contest is sure to be a crucial contest as two of the tournament favourites meet. However, with the form Mbappé is in, it is hard to see him not getting the better of Walker.