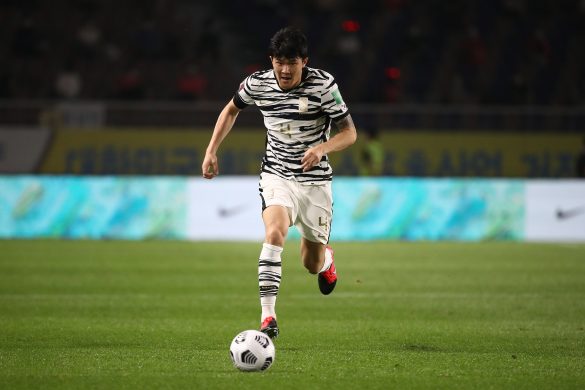 Le Parisien are reporting that South Korean centre-back Kim Min-jae (25) is set to fly to France to complete his transfer to Rennes with an agreement between all parties agreed upon yesterday. Loïc Tanzi meanwhile, reports that Marseille had also been in the race to sign the Fenerbahçe player.

Napoli had also pushed hard in recent days to sign the player, but the former Beijing Guoan is instead set to like up once again with Bruno Genesio at Rennes. On a matter of days ago, Marseille were also in the race to sign the Min-jae. The club are instead set to sign Chancel Mbemba (27) on a three-year deal.

Rennes are thought to have paid the centre-back’s €19.5m release clause to bring him to Ligue 1. Following the departure of Nayef Aguerd (26) to West Ham, Rennes have been looking to add defensive reinforcements. For some time, the club looked set to sign Samuel Umtiti (28), but the club had doubts over the Barcelona centre-back’s injury record.

Once Min-jae touches down in France, he will complete the final steps before signing as a Rennes player.