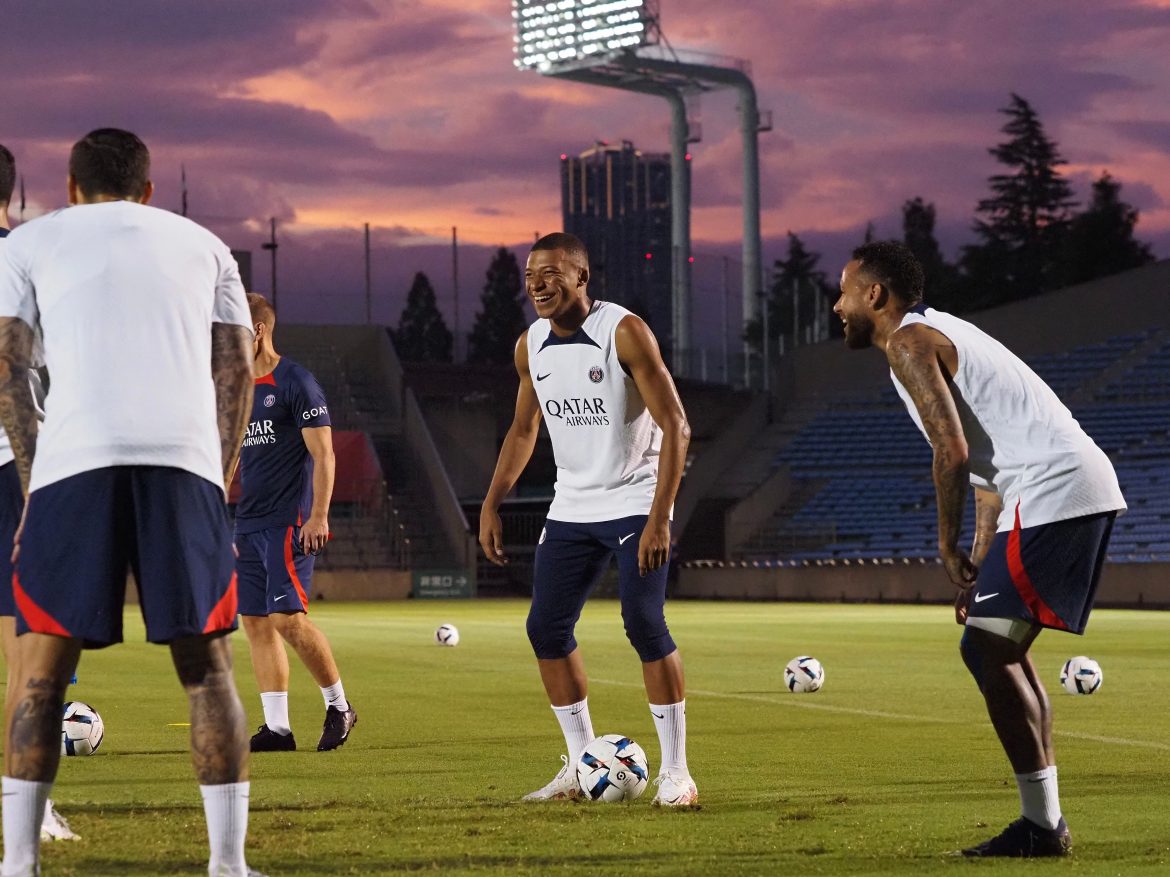 According to L’Équipe, Kylian Mbappé returned to PSG training today after just missing out on PSG’s 5-0 away win at Clermont on the opening weekend of Ligue 1 due to an adductor injury – Christophe Galtier has already confirmed that the French international will be featuring in PSG’s home game against Montpellier on Saturday night.

Speaking after the Clermont game, Galtier confirmed the reasoning for Mbappé’s absence: “He had a little injury scare, we didn’t want to take any risks. Obviously, if we had been in a difficult match or a Champions League match, Kylian might have played. We preferred to delay his return.”

Paris Saint-Germain have been preparing without Mbappé during pre-season, as the player also missed the Trophée des Champions tie against Nantes. Pablo Sarabia has been deputising for the Frenchman, and has shown positive performances with a high work rate that Christophe Galtier has been recently praising – although it won’t take long for Mbappé to return to the Parisian side.