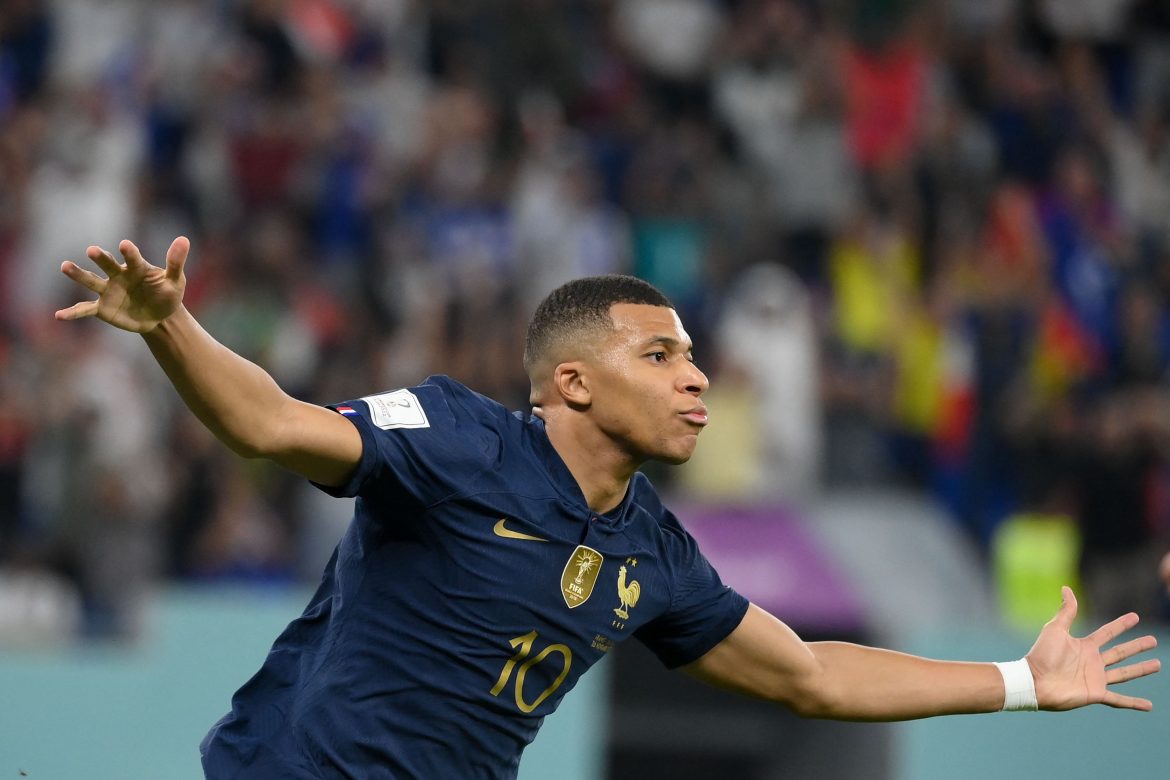 Kylian Mbappé (23) scored twice against Denmark, which not only secured the win, as well as France’s qualification from their World Cup group, but also drew him level with the great Zinédine Zidane for goals scored for Les Bleus.

The Paris Saint-Germain began the night on 29 goals for France in 61 appearances. His two goals, the second of which came in the dying minutes draws him level with Zidane on 31. Zidane’s 31 goals came in 108 appearances for Les Bleus. Only David Trezeguet (34), Karim Benzema (37), Michel Platini (41), Antoine Griezmann (42), Olivier Giroud (51) and Thierry Henry (51) have more.

In just his second World Cup, Mbappé also became France’s second all-time top-scorer in the competition. The PSG forward now has seven World Cup goals, going ahead of Platini and Zidane, who both have five. He will now go in search of Just Fontaine’s incredible tally of 13 World Cup goals, all of which were scored in the 1958 World Cup.

Didier Deschamps: “We’ve got a solid squad that want to achieve great things”