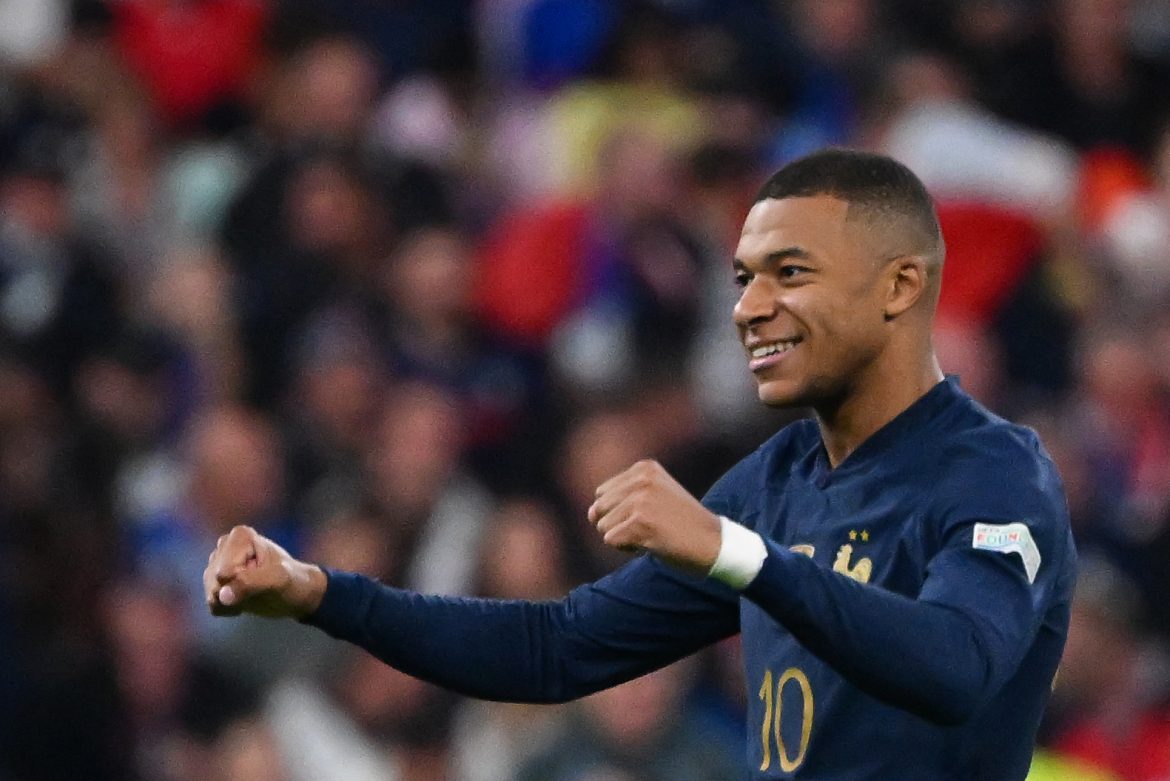 Reflecting after France’s first win of their Nations League campaign tonight, a 2-0 win over Austria, Kylian Mbappé spoke about the roles he plays for club and country.

His words transcribed by L’Équipe, the Paris Saint-Germain man – who opened the scoring with a sensational solo run – indicated that he has more freedom when he plays for France, partly thanks to the fact that Olivier Giroud is such a handful for opposition defenders.

“[On seeming freer tonight] I’m playing differently. Different things are asked of me here with regard to my club. I have a lot more freedom here. The coach knows he has a number 9 like Oliv’ [Giroud] who occupies the defence and I can stroll around and go into the spaces. It’s different at PSG, you don’t have that. I get asked to play as a pivot, it’s different.”

“[Do you enjoy yourself?] Of course. I enjoy myself everywhere.”

“[On his physical state] Very well. The priority is the national team. I hope I’ll be playing on Sunday [v Denmark]. I’m always ready to play, even for my club. The coach says that there will be some rotation [at PSG], we’ll see what happens.”